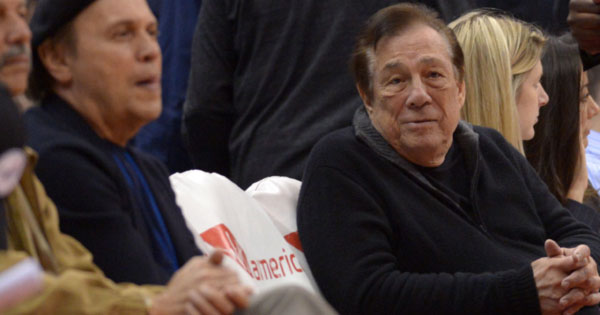 The NBA took one gigantic step toward permanently ending the Donald Sterling saga today. A probate court judge has denied Donald Sterling’s attempt to block Clippers sale to Steve Ballmer. In related news, this likely means Chris Paul won’t need to boycott the 2014-15 season and Doc Rivers won’t have to quit as Clippers president and head coach. Whew. From NBA.com:

A judge has ruled against Los Angeles Clippers owner Donald Sterling and cleared the way for the $2 billion sale of the team to ex-Microsoft CEO Steve Ballmer.

Judge Michael Levanas sided Monday with Sterling’s estranged wife in the case that arose after the 80-year-old billionaire was banned by the NBA for making offensive remarks about blacks.

Shelly Sterling sought the court’s approval for the deal she negotiated after taking control of a family trust and removing her husband as a trustee after two doctors found he had Alzheimer’s disease and couldn’t manage his affairs.

Donald Sterling claimed his wife deceived him about the medical exams.

Sterling has vowed to fight the NBA until his death and is expected to continue to wage court battles to stop the sale.