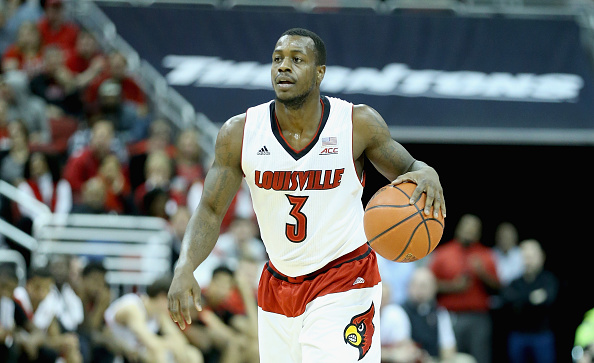 There is a little more clarity now as to why Louisville parted ways with senior guard Chris Jones earlier this week. Jones plead not guilty to charges of rape and sodomy today stemming from two separate alleged incidents which occurred on Sunday morning, just hours after Jones returned to the Cardinals after serving a suspension. Here is the completely statement issued by the university regarding Jones’s dismissal:

And here is a recap of the charges against Jones, via the Louisville Courier-Journal:

Former University of Louisville basketball player Chris Jones pleaded not guilty on charges of raping one woman and sodomizing another.

Judge Sheila Collins released Jones on home incarceration in lieu of a $25,000 bond.

The warrant, signed Wednesday by Jefferson District Judge Katie King, says that one of the women was hospitalized Sunday and able to identify Jones as her assailant. One of the women is 19 and the other 20, according to the warrant.

A second warrant says Jones, along with two other people, forced a woman to have intercourse and oral sex. She also identified Jones as a U of L player, according to the warrant. She was taken to University of Louisville Hospital, where she was treated.