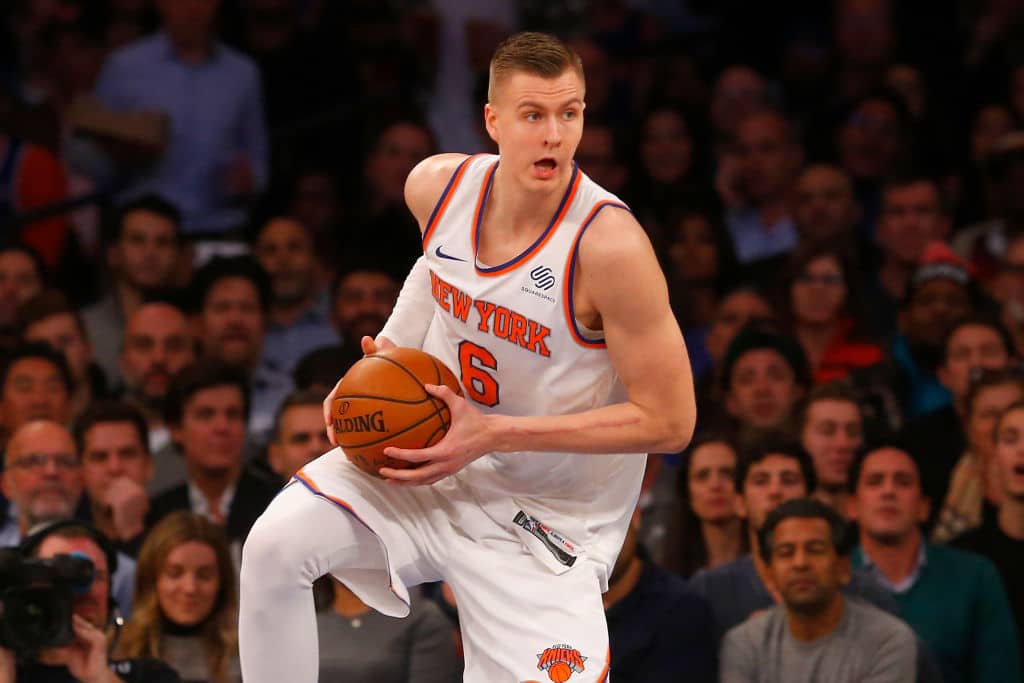 Hakeem Olajuwon would like to show Kristaps Porzingis a thing or two about playing in the post.

But the NBA legend adds that he thinks Porzingis knows plenty.

“I think [he makes it] easy,” Olajuwon said. “He’s very skilled, very smart. The height he has the advantage in the post. The guy that got skill in the post game, he’s already amazing. It gets much easier for him.”

Porzingis’ improvement this season has been his post game — more in the mid-post than deep inside.

“Everyone can always get stronger,” Olajuwon said. “But he’s fantastic, always plays with confidence, has a lot of moves, shooting 3s. I think the post game is most important because of his length. He’s so skilled he can do whatever he wants on the floor.”

“I’ve tried the Dream Shake, but I wouldn’t say I can do it like him,” Porzingis said. “Not close.”