Joe Ingles on Gordon Hayward: ‘I Might Take His Number’ 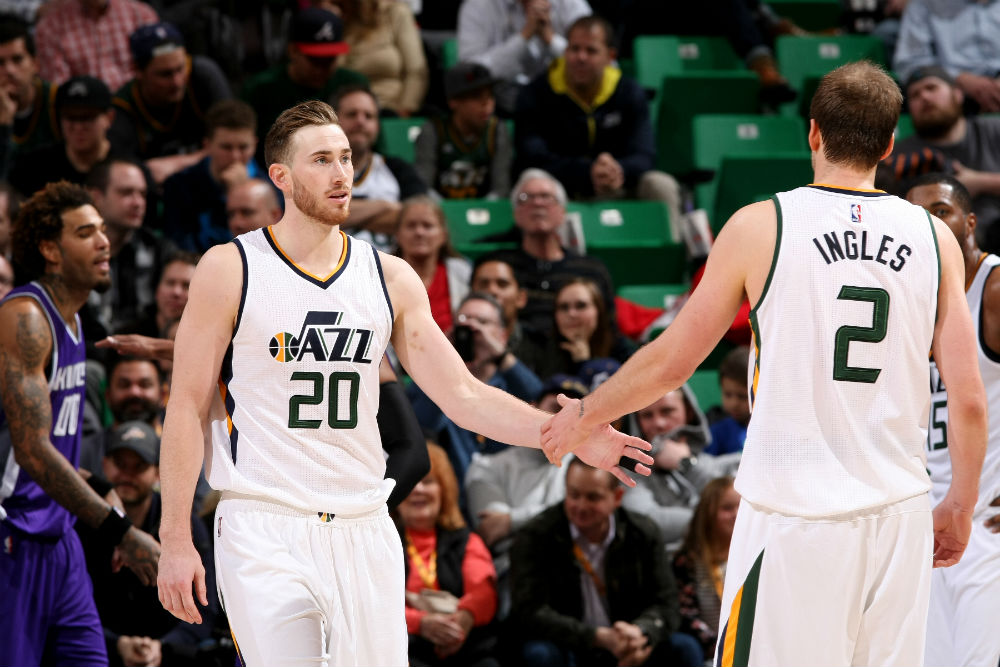 Both Joe Ingles and Gordon Hayward hit free agency this summer. Ingles re-signed with the Jazz on a four-year, $52 million deal. Hayward left, agreeing to a four-year, $128 million contract with the Boston Celtics.

The two were apparently very close in Utah, and Ingles wasn’t thrilled to see his friend leave. Here’s what he said in an interview with NBA Australia earlier this week:

I’ve spoken to him. I kind of spoke to him throughout it to try and lend support or stay away whenever he kind of wanted and at the end of the day, we spoke after it and I mean making a decision like that, you’re not going to change friendships because of guys who have gone on different teams. He’s always going to be a good friend of mine but I still don’t like him for the time being because he left us, but we’ll be fine.

For the past three years, Ingles has worn the number 2. He joked with the Deseret News that he might have to change that up next season: “I might take [Gordon’s] number. I might take number 20.”