Jusuf Nurkic on Joel Embiid: ‘He’s Not About Tough’ 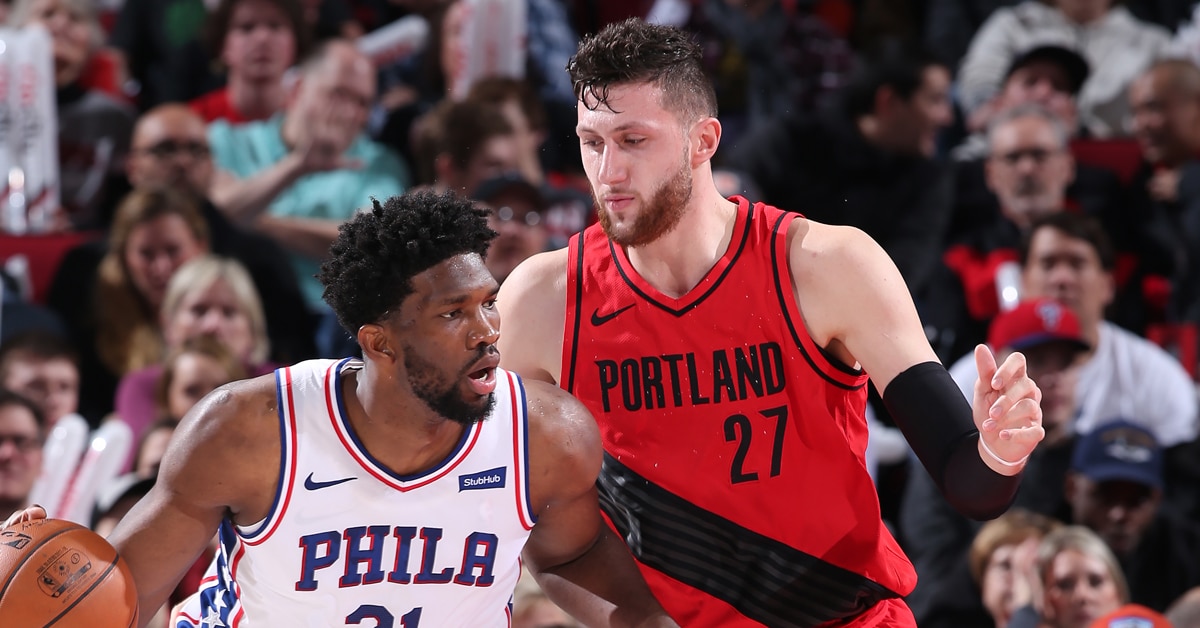 After getting the better of Joel Embiid on Thursday, Jusuf Nurkic said Embiid is more about skill than toughness.

Nurkic wasn’t shy about sharing his feelings on Embiid after the Blazers’ 114-110 come-from-behind win against the Sixers.

"He tries to be more famous than a player… He’s a skill player who is getting tired, it looks like…" @bosnianbeast27 on @JoelEmbiid #ripcity pic.twitter.com/65BHN7jFbg

How tough is Embiid to play against?

Nurkic: “He tries to be more famous than a player. I respect him. He’s a good player.

“He’s not about tough. He’s a skill player, who is getting tired it looks like.

RELATED:
The Bosnian Beast: Blazers Big Man Jusuf Nurkic on His Journey to the NBA