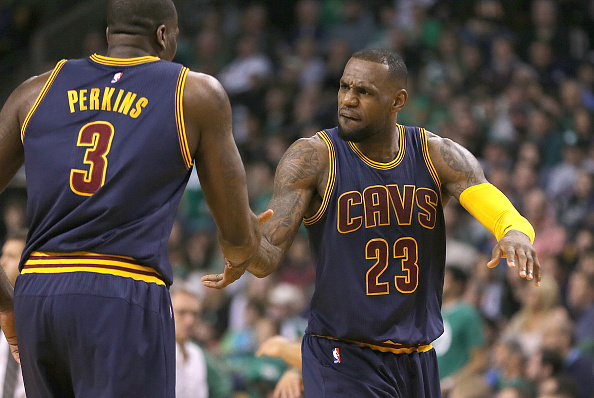 The Cavaliers hold a 2-1 lead in the 2015 NBA Finals, largely thanks to the unbelievable play of LeBron James, who finished with 40 points, 12 rebounds, eight assists, four steal and two blocks in a Game 3 victory in Cleveland.

LeBron’s epic Finals has some close to him saying that they’ve never seen him play quite like this (like Dwyane Wade, for example).

Cavs teammate Kendrick Perkins, for one, says the Warriors are in trouble now because LeBron “smells blood.”