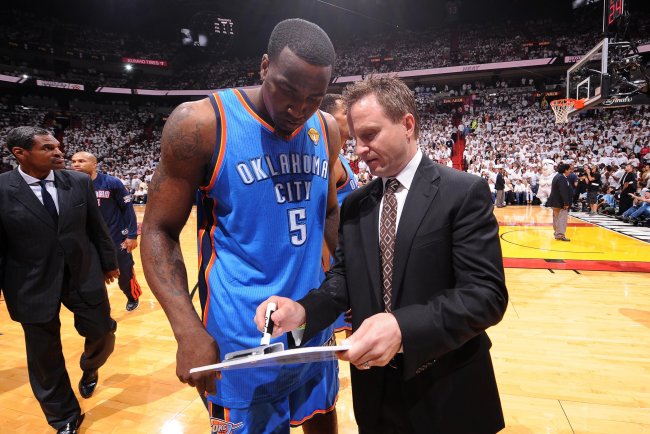 For years now, OKC Thunder fans (and others with a rudimentary understanding of NBA basketball) have screamed at head coach Scott Brooks to glue veteran center Kendrick Perkins to the bench.

Going into his 12th NBA season, and it being a contract year, Perkins admits that he’s nervous about his role and what the future may hold.

As for continuing to be a starter, Perkins says he just wants to be on the court during money time (Brooks wouldn’t reveal if second-year big man Steven Adams would join the starting lineup.)

“Ain’t gonna lie, I’m nervous,” Perkins admitted. “I don’t know what it’s gonna be, what the playing time gonna be, whether I’m starting or whether I’m coming off the bench.”