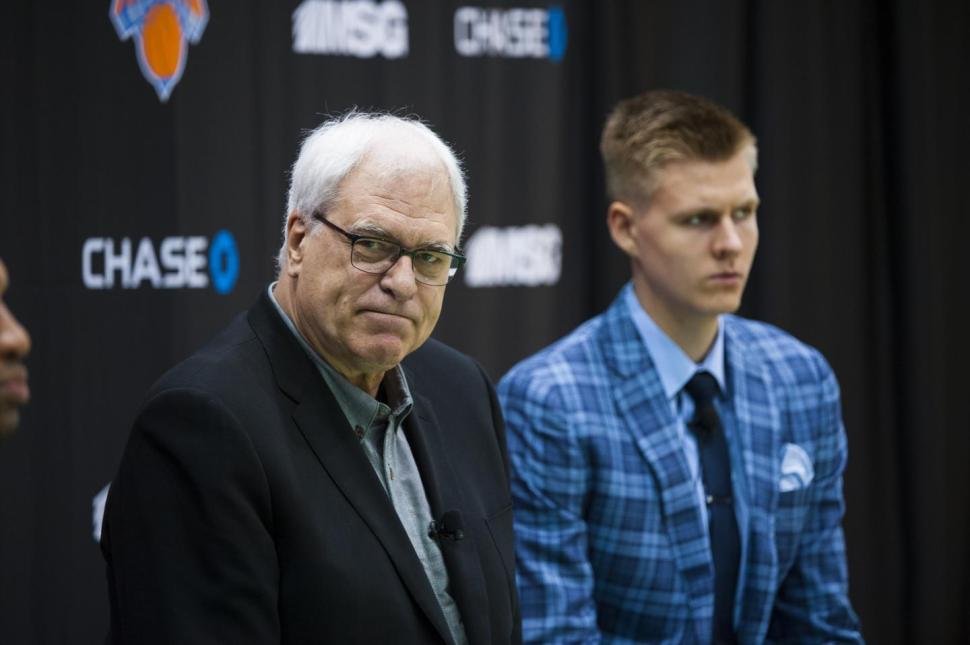 Porzingis may only be 20 years old, but he’s already adept at figuring out the Zen Master’s infamous mind games.

Kristaps Porzingis on Shawn Bradley comment: "That's what Phil does to get guys to work hard. That fired me up. I'm not Shawn Bradley."

The tall and lanky Latvian has bulked up over the summer, and believes that he’s destined for NBA stardom.

“Yeah I saw it. I don’t know what to say? I guess that’s what Phil does, gets us to work hard and fired up. That fired me up. I’m like, ‘I’m not Shawn Bradley, you know?” Porzingis said, responding to a recent interview on ESPN.com where Jackson wondered if the Latvian was “too tall for the NBA” like the awkward 7-6 Bradley. “I want to be better than Shawn Bradley obviously and be stronger than him,” Porzingis added, “but I’m a different player.”

Porzingis, who is roughly 7-2, has aggressively been trying to alter his body to fit the NBA, consuming roughly 5,000 calories (including three steaks) per day in hopes gaining 15 pounds. He’s currently four pounds short, and there’s an understanding that he’s built for power forward in the NBA, rather than banging in the paint with centers. […] “For now, I’m a (power forward) for sure because of the defense. I’ve got to be able to hold those (centers). So that’s the main thing,” the 20-year-old said. “Once I get stronger, I’ll be able to play (center). Offensively, I can play both positions. At (center), I’ll be way quicker than the defender. So I’ll get stronger and gain more weight, if I want to play (center).”

Porzingis also revealed that he planned on playing for Latvia at this summer’s Eurobasket tournament, until the “pressure” of being on the Knicks changed his mind. He was also advised by New York to skip the tournament. […] “Before the draft, I was going to play for the national team, especially because the group round was in Latvia. It was a huge event. But once I got drafted by the Knicks, I just felt the pressure,” Porzingis said. “I understood how good the guys were on the team and everything, so I said, ‘If I really want to gain weight and get better in the summer, playing with the national team, I’ll be playing, not gaining weight.’ So that was the best option for me this summer. (The Knicks) wanted me to stay here, for sure. There’s no question about it. But they couldn’t demand it. So they were like, we want you to stay but it’s your choice.”