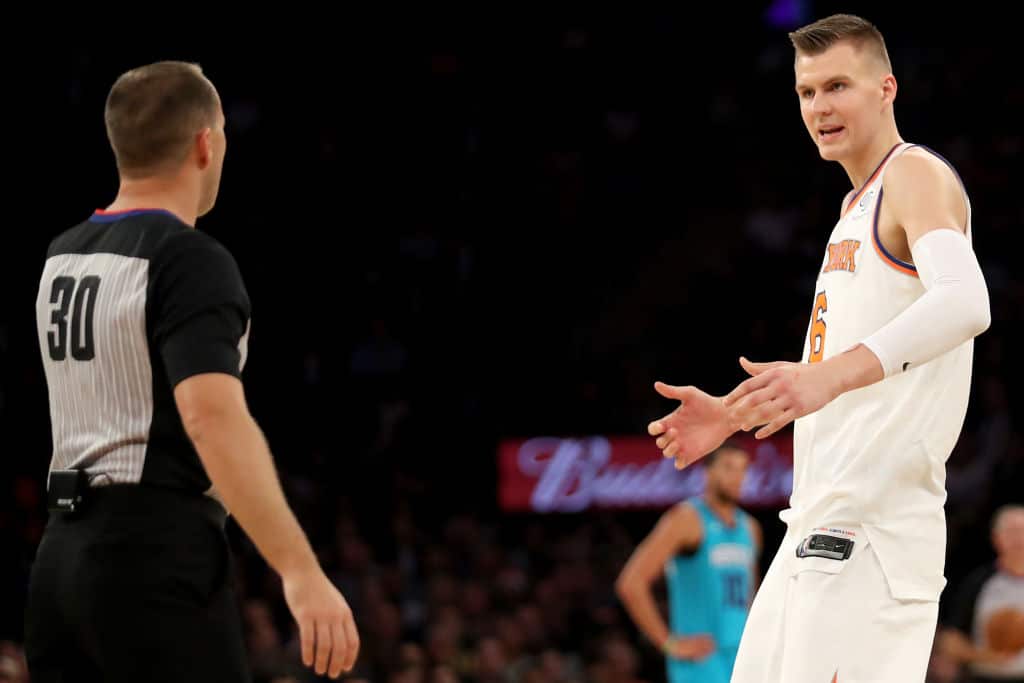 Kristaps Porzingis‘ bothersome right elbow might have to go under the knife next summer, according to the frustrated big fella.

Porzingis sat out the Knicks’ 112-99 loss Wednesday night in Orlando due to the elbow and a sprained left ankle.

The 22-year-old star has dealt with elbow inflammation for years.

“When I hit it again it just swells up and it’s sensitive and I can’t stretch my arm,’’ Porzingis said of his ballooning elbow. “It bothers me a little bit but not that bad. It’s always, I have to get the swelling down and then I’ll be fine again. But I think once the season’s over. I might have to do something about it. I just can’t keep going like this every year.”

Porzingis said he could “drain it” or “do some stuff with it.”

Not having time to recover from his two ailments amid a back-to-back set was a big factor in the decision to rest. But Porzingis sees himself returning Saturday for Sacramento at the Garden.

“Sometimes it’s smart when something’s hurting to maybe sit out one game and not later lose four games,’’ Porzingis said. “But in this case, I got to the point with the ankle I needed to give it a rest. Hopefully I’ll be ready next game.”