Kristaps Porzingis Wants to Be a Knick for Life 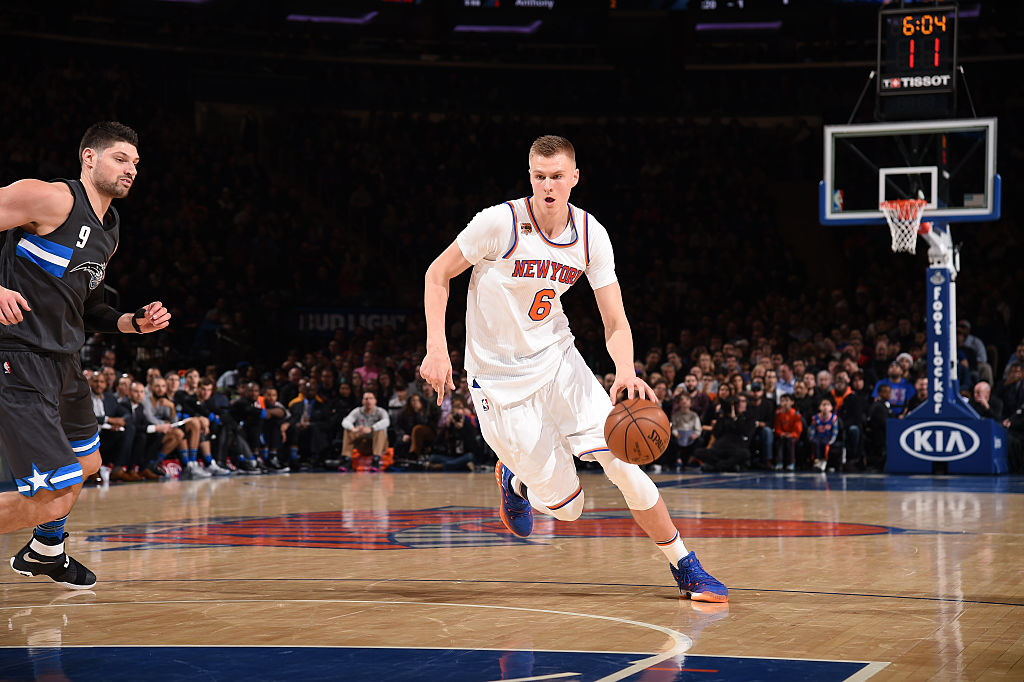 Following yet another tumultuous offseason for the Knicks, Kristaps Porzingis re-affired his commitment to the franchise.

Porzingis, 22, says he hopes to remain in New York for the remainder of his career.

"I hope to stay there my whole career." — @kporzee on future with New York

“So far it’s been tough in New York, but my journey is only beginning and I hope to stay there my whole career, so as a city we can have some fun and win some games and do something big,” he said.

If the Knicks get a fair return for [Carmelo] Anthony, that would do plenty to help keep Porzingis’ confidence in the new regime. Porzingis has a solid relationship with Anthony and is a vested spectator at the ongoing spectacle. In a perfect world according to Porzingis, there would be no reason to trade Anthony.

“He’s an All-Star, an incredible player and I’ve learned so much from him,” Porzingis said. “There’s still so much for me to learn form him. I would love to have him around and keep playing alongside him. But it is what it is. It’s a business. If it ends, well … I don’t know, it’s out of my hands. I’m really thankful for these couple of years I’ve been with him, just seeing how he works during the summer. It proves he wants to win and he wants to be great. I’m sure he’ll make the right decision for himself.”