Lakers GM: ‘We Cannot Move on as a Team Until Kobe Leaves’ 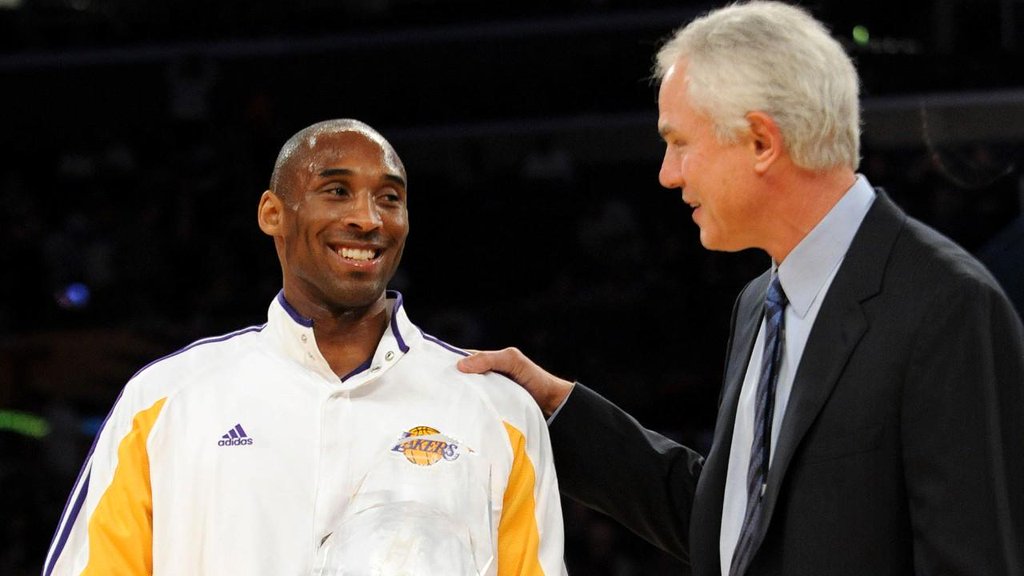 Los Angeles Lakers general manager Mitch Kupchak is in the impossible position of trying to properly send off Kobe Bryant, while simultaneously building a post-Mamba future.

Kupchak knows the latter can’t happen until the Bryant retires at the end of the season.

Speaking to a group of season-ticket holders Sunday at Staples Center, Kupchak assured them that—with some $60 million in cap room to spend on free agents this summer—the team should be able to quickly rebuild.

“We cannot move on as a team until Kobe leaves,” Kupchak said. “Part of that to me is painful because I’ve been here 20 years with Kobe.

“This is a year that’s dedicated to Kobe and his farewell. From my point of view, it gives me complete clarity. … We know what our [salary] cap situation is going to be like.”

In the meantime, the team is grooming its young core of players. […] “We feel in the last two years that we’ve gotten at least five attractive young players,” said Kupchak, listing Julius Randle, Jordan Clarkson, D’Angelo Russell, Larry Nance Jr. and Anthony Brown. “We’re so much in a better spot today than we were a year ago. We didn’t have that core.”