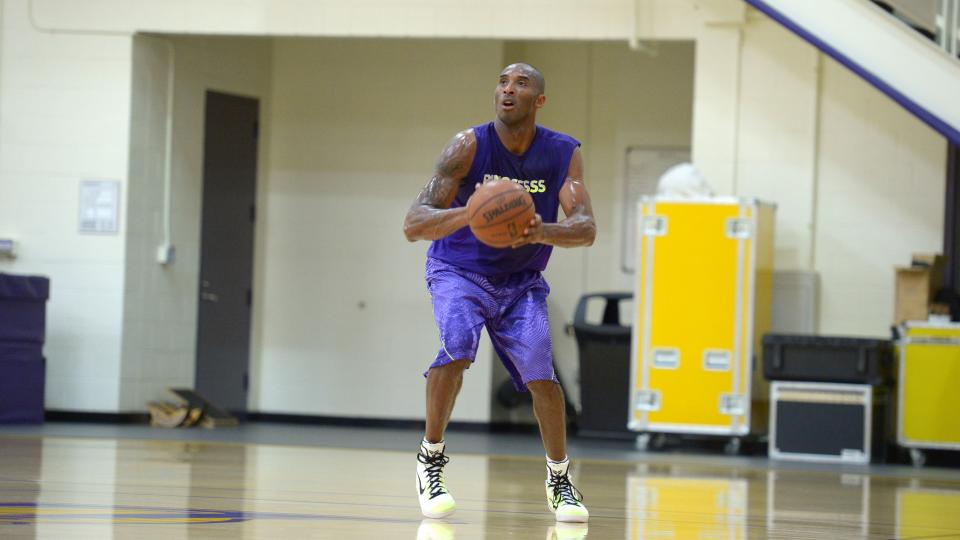 Mitch Kupchak, the general manager of the Los Angeles Lakers, met with the local media Thursday and offered an update on Kobe Bryant ahead of training camp.

According to Kupchak, Bryant has looked greats in workouts, but the team has yet to determine what his workload will be going forward.

The 19-year veteran has been limited to 41 games over the past three seasons due to various devastating injuries—left Achilles tendon (April 2013), left knee (Dec. 2013) and right shoulder (Jan. 2015)—but the Lakers say he’ll still be their No. 1 option.

So did Lakers general manager Mitch Kupchak, who described Bryant “in great shape and great spirits” after spending the past eight months rehabbing his surgically repaired right shoulder, an injury that sidelined him last season for all but 35 games. Since then, Bryant has recovered enough to complete all basketball-related drills.

“He looks great,” Kupchak said on Thursday at the Lakers’ practice facility in El Segundo. “He assured me he’s working out every day. Over the years, we’ve gotten to he point where he takes care of himself and when he comes to camp, he’ll be ready. But as far as what level of play and how many minutes and how will he play on the team remains to be seen.”

Kupchak maintained “there hasn’t been any formal discussions” with Lakers coach Byron Scott, trainer Gary Vitti, Lakers president Jeanie Buss and Bryant himself on a number of things surrounding Bryant’s workload. Kupchak said the Lakers have not decided Bryant’s minute and practice limitations as well as if he will sit in any of the team’s 17 sets of back-to-back games. Kupchak only sounded certain that Bryant would sit out in portions of any of the Lakers’ two-a-day sessions in training camp beginning next Tuesday in Hawaii.