The League is giving All-Star Saturday a makeover this year. The Eastern and Western conferences will be pitted against each other, with half a million bucks for charity on the line. Per NBA.com:

The most dramatic change Saturday is coming in the night’s marquee event, the Sprite Slam Dunk Contest. The competition will feature six dunkers, three from each conference, in a free-wheeling, two-round showdown to determine the best conference. For the first time in the event’s history, no individual dunker will be crowned. Instead, the title will go to the best conference.

Before he puts on his dunking shoes, (Damian) Lillard will be showing off his marksmanship as part of the Foot Locker Three-Point Contest. The other participants are Kyrie Irving of the Cavaliers, Bradley Beal of the Wizards, Joe Johnson of the Nets and Arron Afflalo of the Magic for the East. Curry of the Warriors, Marco Belinelli of the Spurs and Kevin Love of the Timberwolves will join Lillard shooting for the West.

The major rule change in the contest is that players will have an entire rack of “money balls,” which count double, that can be placed in any of the five shooting positions around the court.

The Taco Bells Skills challenge has been turned into a relay race this year with each conference fielding two teams consisting of two players each. Each team will run the course, competing in a relay format for a single overall time.

The ubiquitous Lillard will team with Trey Burke of the Jazz and Reggie Jackson of the Thunder will team with Goran Dragic of the Suns to make up the Western Conference lineup. The East teams will be Michael Carter-Williams of the Sixers with Victor Oladipo of the Magic and DeMar DeRozan of the Raptors with rookie Giannis Antetokounmpo of the Bucks.

The Sears Shooting Stars will once again team a current NBA player with a WNBA star and an NBA legend in a time competition that will require four shots made from different spots on the court. Tim Hardaway Jr. of the Knicks and Chris Bosh of the Heat will head up the East teams, while Kevin Durant of the Thunder and Curry will lead the West. 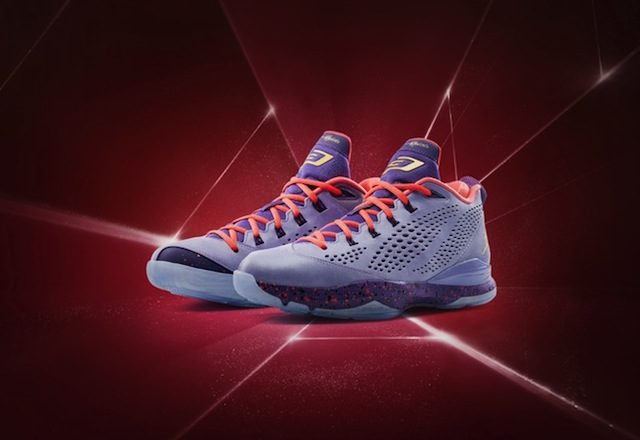