Metta World Peace On Why Teams Hate The Warriors: ‘They Are Too Good’ 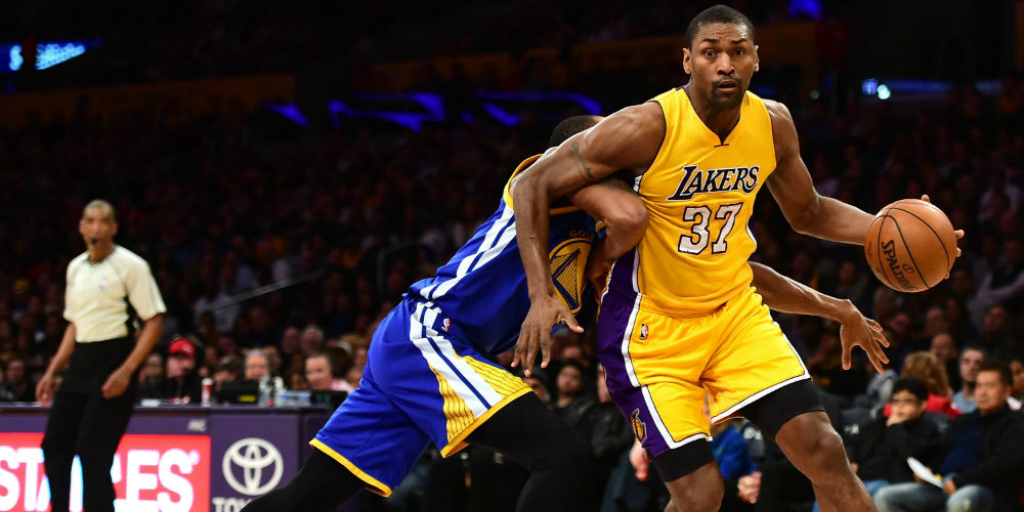 Metta World Peace has been around the NBA for quite some time now. He’s seen his share of hated teams, and the 2016-17 Golden State Warriors are the latest victim.

The Lakers small forward explained what fuels that disdain during an interview with Colin Cowherd:

They are too good. I hate good teams. I hate teams that are good because that means I’m losing. And I take everything personal as a basketball player, so you have to figure out a way to beat these guys, but the problem is, they are a team. They are a true definition of a team and all these other players, while they’re into themselves, the Warriors are into the team. So now you’re trying to beat a team who is three years ahead of you. The Warriors are years and years ahead of everyone else.

When Cowherd asked whether or not the Warriors talk trash, Metta responded:

They don’t talk trash, they have fun. You see what I’m saying? Draymond (Green) talks trash, but at the end of the day, all they’re doing is having fun, and you take it personal because they’re having fun at your expense, and you really have no chance. The Warriors are years and years ahead of everyone else.

High praise from an NBA vet.