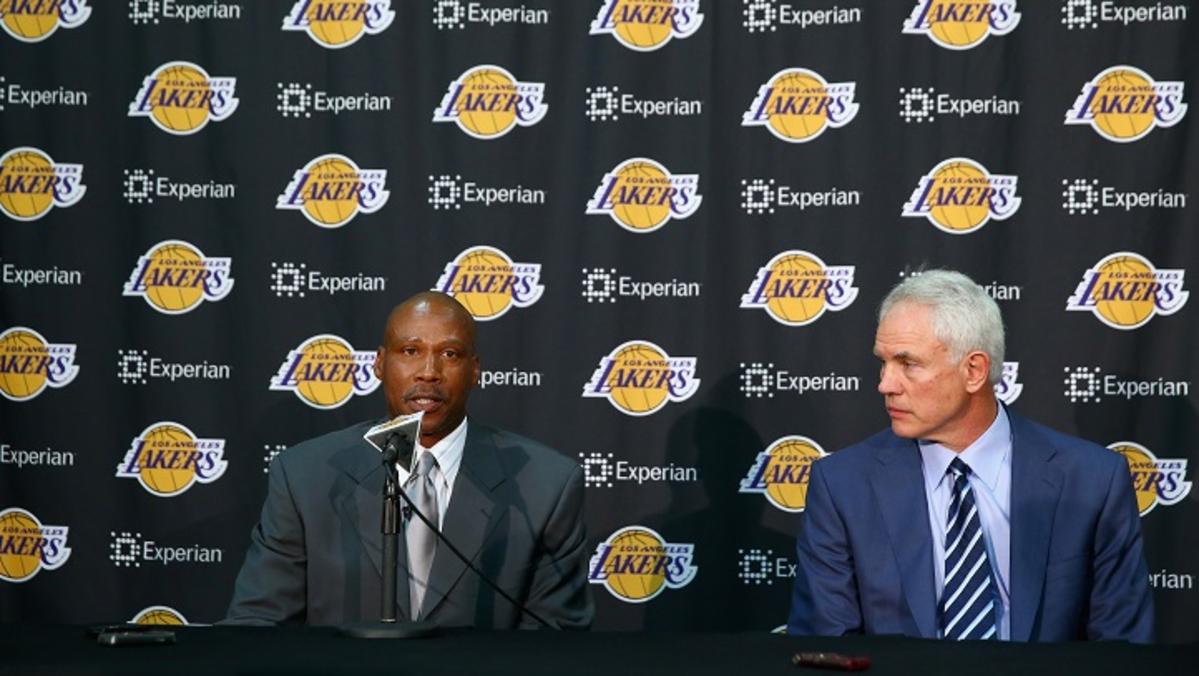 Los Angeles Lakers general manager Mitch Kupchak was in no mood Wednesday to address Byron Scott’s future with the franchise, telling reporters that Scott is “under contract and until that changes or if that changes, we’ll let you know.”

#Lakers GM Mitch Kupchak not in the mood to talk about Byron Scott. Watch: pic.twitter.com/x4IyXy2mYq

Scott is in the second of a four-year, $17 million deal with the Lakers, and has said that he feels secure despite the team’s ongoing struggles and internal clashes.

Pressed further, Kupchak said, “I don’t want to get into a Byron discussion right now. I’m not going to answer any more questions about Byron. My concern is one question will lead to another. If his status changes, I’ll let you know.” […] Throughout Scott’s tenure, Kupchak has been steadfast in his support, often mentioning his work ethic and how hard the players competed. In January, Kupchak praised Scott’s tough-love style in handling his young players.

Scott told Julius Randle to grow up after being taken out of a game and has been hard on rookie D’Angelo Russell in an effort to help him mature. […] A year ago, when the Lakers were headed to the worst record in franchise history, Kupchak threw his support behind Scott, complimenting how competitive the Lakers were playing through a litany of injuries.

Kupchak said he prefers the focus for the final two months of the season be on the continued development of the younger players. […] “We’ve lost a lot of games and there’s a tendency to play it out, but I don’t want our young players to look at it that way,” Kupchak said. “I talked to a couple of them this morning about it, to finish the season strong. So we want to see them in the face of this adversity, of this kind of a tough season, to show some mental toughness, to push through it and show me your best.”