NBA Players to Join Exhibition Tourney in China During Lockout? 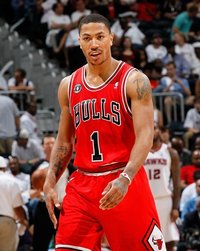 The bad news is that due to the ugly labor situation, we most likely won’t be watching NBA basketball for a while. But that doesn’t mean we won’t be seeing NBA players hooping.

In addition to the various streetball and other amateur games players like Kevin Durant, Michael Beasley and Brandon Jennings routinely take part in over the summer, there may be a bigger opportunity to see NBAers in action on the horizon.

The Wasserman Media Group agency is proposing a basketball tournament in China, which would feature 15 to 20 of its NBA clients.

Armed with its star-studded NBA client list, Wasserman Media Group is proposing a basketball exhibition tournament in China as the agency explores moneymaking options for its players should there be an extended lockout … Wasserman in April began floating a plan to bring 15 to 20 of its NBA clients to China for a two-or three-week tournament if there is a work stoppage. The agency represents 45 NBA players, including this past season’s Most Valuable Player, Derrick Rose.

Wasserman has partnered with Bruce O’Neil to pitch the concept. O’Neil is founder and president of the United States Basketball Academy and has ties in China as a consultant to the Chinese Basketball Association. Though hardly a done deal given the myriad challenges of doing business with the Chinese Basketball Association, the concept of a China tour is a direct example of ways agents are looking to counter the financial impact on players if there is a prolonged lockout. Under standard NBA player contracts, players are paid through mid-April, but many NBA players have provisions in their deals to be paid through October, regardless of a lockout, a union source said. “It is too early to give specific details for this promotion at this time, but predicated on a lockout, we are very enthusiastic for this and other events if there is (a work stoppage),” O’Neil said, declining further comment.

The reality for players is that they’ll need to find new ways of continuing to make money in the likely case of a work stoppage, and though the solution proposed by the Wasserman Media Group is obviously not ideal, it is better than nothing.