NBA Suspends Evans, Rush and Others 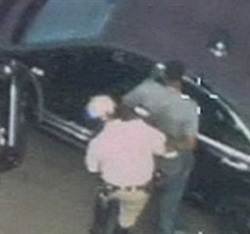 Tyreke Evans will be sitting out the first game of the season for reckless driving, while Brandon Rush was suspended for five games for violating the League’s drug policy, and Kenny Hasbrouck drew a two-game suspension for DWI.

Friday’s suspension was Rush’s third violation of the Anti-Drug Program. Rush was expected to start for the Pacers this season, but this news weakens his case in a surprisingly crowded Pacer backcourt that includes Mike Dunleavy, Dahntay Jones and rookie stud Paul George.

If Heat guard Kenny Hasbrouck secures a roster spot in Miami, he’d be suspended without pay for two games “for pleading guilty to driving while intoxicated, in violation of the law of the State of New York.”