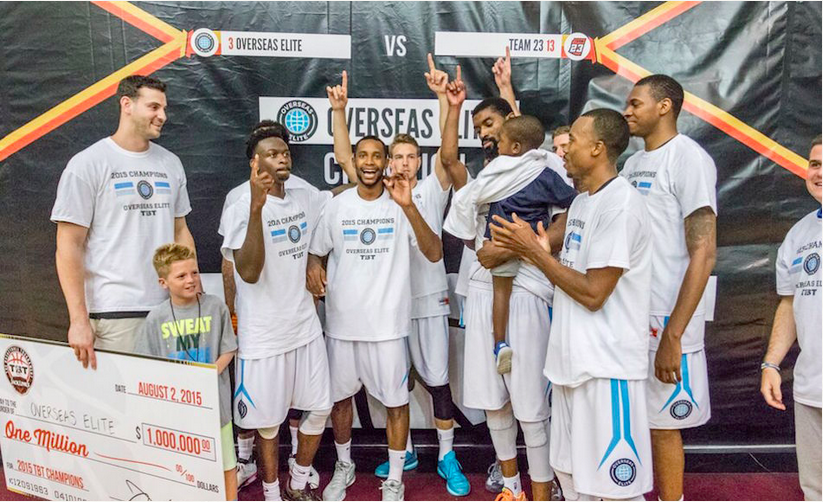 With only four players showing up to Atlanta for their first round match-up three weeks ago, the team that was almost disqualified stood together as the champions of the second annual TBT. Overseas Elite, now nine-men deep, defeated Team 23 67-65 to take home the $1 million winner-take-all prize Sunday afternoon.

During the final hour before their opening game, Overseas Elite flirted with forfeiting, leaving GM Matt Morrison scrambling to avoid disqualification. Fresh off the NBA Summer League with Oklahoma City, NCAA all-time Division-I record holder for three-pointers made Travis Bader was picked up by Morrison at the airport to fill out the roster. The Oakland University product put in 13 points and hauled in 6 rebounds to help his team scrap to an 89-83 victory. Five games and four players later, the Overseas Elite went from international obscurity to nationally televised champions.

Airing on ESPN on Sunday afternoon, the final at Fordham University in the Bronx had everything: a potential game-tying buzzer beater, a scrap between players—even a t-shirt toss to get the TBT faithful going.

The team tried desperately to temper the play of Team 23’s star guard, Davin White (California State Northbridge), who boasted a game-high 34 points on 11-20 shooting in the losing effort. Currently playing in Spain’s ACB league for Manresa Basquetbol Club, White kept his team in the game up until the final seconds. After a White three cut the deficit to 65-63, Team 23 had the ball in the final seconds with a million dollars on the line. Unable to get a shot off, however, the confetti poured and their three-week season had come to a cruel ending for the defeated.

Forward DJ Kennedy, formally of St. John’s and the Cleveland Cavaliers, led the Overseas Elite with 24 points and a team-high 4 steals. With a million dollars on the line during his two trips to the line in the final minute, the Pittsburg native had anything but money on his mind.

“I didn’t even think about the money, to be honest with you, all tournament,” Kennedy said. “We just played and that’s what I think is so good about our team.”

Kennedy was joined by former Goshen College standout Errick McCollum, the older brother of current Portland Trail Blazer CJ McCollum. McCollum the elder, who has gained more international prowess overseas after pouring in 82 points in a game in China this season, had 15 points in the contest. McCollum credited his team’s coach, Colin Curtin, and GM Morrison for managing the squad’s tumultuous run to the ‘ship.

“I think they’re special,” McCollum said. “They just did a great job of managing not only egos, but allowing us to blend together well, in crunch times drawing up plays and getting us to believe in something bigger than ourselves.”

Overseas Elite was stacked with decorated former college players and current international players, none bigger than perhaps former McDonald’s All-American and University of Texas guard Myck Kabongo. Kabongo, who has bounced around the NBA D-League since leaving Texas after his sophomore year, earned a cool $107,000 for his role in the tournament.

Think a hoops tournament where anybody can play would lack passion and intensity? Just ask Kobango, who in the final minute of Sunday’s contest got in a scrap with Team 23’s Andrew Kelly (of the University of Alaska).

“It got a little chippy. That’s all it is,” Kabongo said in reference to the altercation. “It’s a million dollars on the line. The other team is going to do whatever they can to throw us off our game, but we kept our composure.”

The composure and chemistry were there all tournament long for the Overseas Elite, but they all have a little something different in store on how to spend their portion of the “trophy.”

McCollum, who netted $107,000 for his play in the tournament, thinks a steak a dinner is in order. Morrison suggested a trip to the Sizzler. Center Shane Lawal (Wayne St.) is upgrading his ticket home from the emergency exit row to first class.

As for what the team’s star plans to do with his $90,000, Kennedy sat back, chuckled, battled a mischievous grin from surfacing and mumbled, “No comment.” 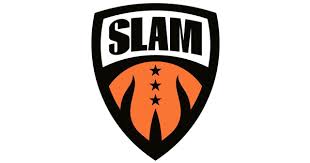 Team SLAM To Face One Chicago In Second Round Of TBT 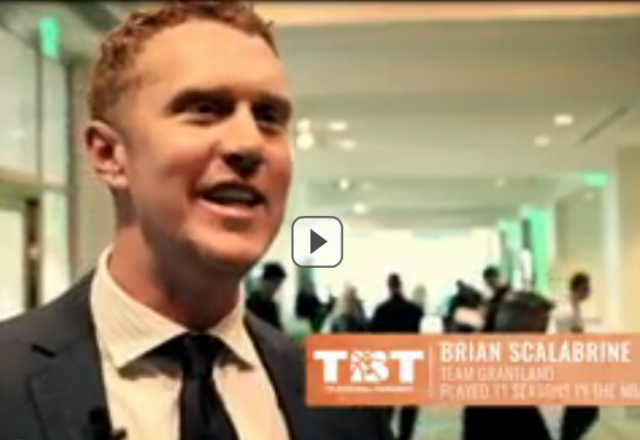 The Basketball Tournament Tips Off On July 10 (VIDEO) 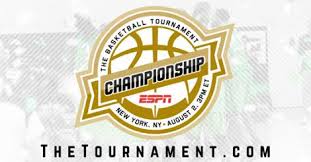 Help Team SLAM Play in The Basketball Tournament (and You Could Win Some Money, Too) 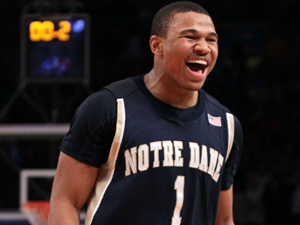 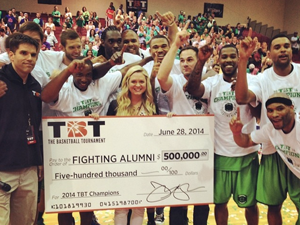 The Fighting Alumni Win Big at The Basketball Tournament