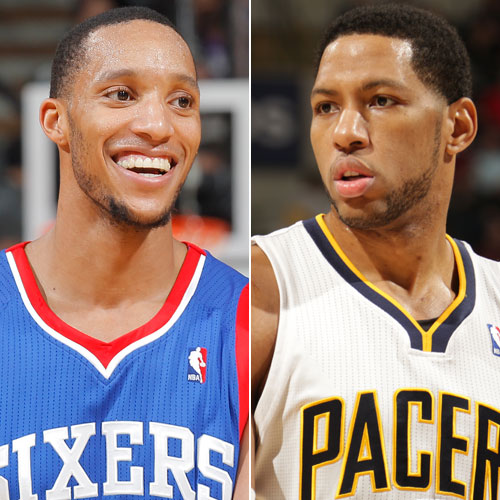 Just when it seemed like the trade deadline would pass quietly, the Pacers and 76ers pulled off a last-minute deal. Indiana sends Danny Granger and a second-round pick to Philadelphia in exchange for Evan Turner and Lavoy Allen, according to Yahoo. Granger is in the last year of his contract that pays him around $14 million. In 29 games, he’s averaging 8.3 points and 3.6 rebounds. Turner, meanwhile, was averaging 17.4 points and 6 rebounds for Philadelphia and will become a restricted free agent at the end of the season. Allen was playing a shade under 20 minutes per contest, putting up 5.2 points and 5.4 rebounds.