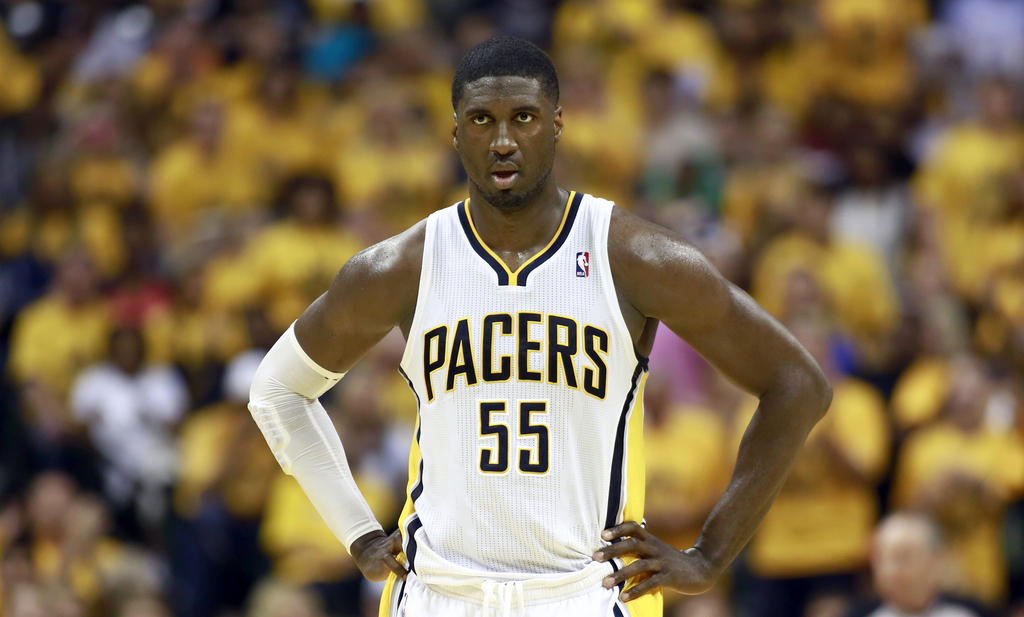 Center Roy Hibbert opted into the final year of his deal with the Indiana Pacers (at $15.5 million) Thursday, and after picking big man Myles Turner in the 2015 NBA Draft, the Pacers are expected to put Hibbert back on the trade block.

Roy Hibbert is opting in to the final year of his contract, source tells Grantland

Pacers head coach Frank Vogel has already said that Hibbert’s role will be reduced next season, and team president Larry Bird hinted that young Turner will become the team’s starting center “in time.”

Bird has no confirmation on either West or Hibbert’s decisions. He’s still saying “we expect them both to opt in and go from there."

Bird when asked if saw Turner as successor to Hibbert: “I think in time he’ll be able to start and do very well.”

Related
Report: David West Opts Out and Not Expected to Re-Sign With Pacers