Phil Jackson: ‘So Far, My Experiment Has Fallen Flat on Its Face’ 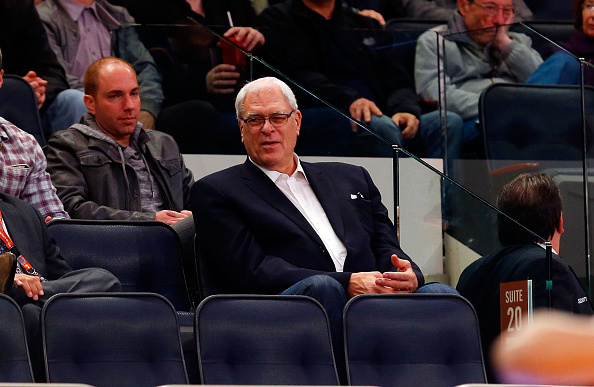 Phil Jackson sat down with the great Harvey Araton of the New York Times‘ for a sort of State of the Knicks conversation, the contents of which will probably do nothing but make Knicks fans feel even more angst going forward.

First, the good: Jackson admitted that pretty much everything this year has been a colossal failure. Given that the team is 10-39 and giving major minutes to guys named Langston Galloway and Louis Amundson, this is really not something that an executive should get credit for. But any time a Knicks executive isn’t completely delusional is an anomaly so we have to give credit where credit is due.

But it didn’t take long after Jackson sat down for a recent interview over lunch to admit that his debut as an N.B.A. executive has been sobering, stressful and, during early morning reflections, doubt-inducing.

“Like nothing I’ve seen before,” he said of the Knicks’ first 41 games, of which they lost 36, a half-season of hell. “So far, my experiment has fallen flat on its face

Of course, none of that is going to keep Jackson from demanding his team run the Triangle. That today’s NBA rules make it silly to do so, well, that’s of no concern to Phil.

But as to skepticism about whether he can make the triangle work in a league in which no one else plays it, Jackson said: “I’m not daunted by the number of people who have commented that this way of playing is arcane, that the game has moved on. The game has moved on.”

He also believes that the game, stylistically, moves in mysterious ways.

“I think it’s still debatable about how basketball is going to be played, what’s going to win out,” he said, leaving no doubt of his disdain for the point-guard-dominated concept of “screen-and-roll, break down, pass, and two or three players standing in spots, not participating in the offense.”

In the interview Jackson also explained why he traded Iman Shumpert and J.R. Smith (he felt he needed to “weed out certain guys); shares some thoughts on the job he believes Derek Fisher is doing; and explained his plan for the Knicks going forward. Check it out.