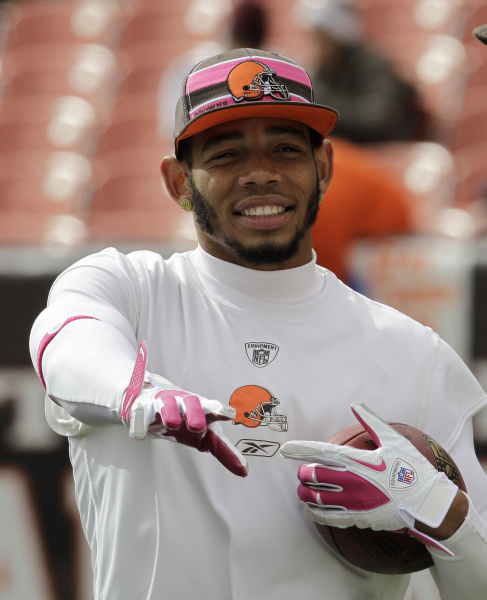 If you know football, you know that Cleveland Browns corner Joe Haden is one of the premiere defensive backs in the NFL. You know that he was a unanimous first team All-American at Florida, where he helped the Gators win a BCS National Championship in 2009, and that he was a top-10 pick in the 2010 Draft. You might even know that midway through his rookie year he became the first Browns player since 1968 to intercept passes in four straight games.

What you probably don’t know, though, is that Haden was one hell of a basketball player in his high school days in Friendly, Maryland, where he played point guard on a pair of state title teams while squaring off against the likes of Kevin Durant, Michael Beasley and Ty Lawson.

Even with football requiring his full attention these days, Haden’s passion for basketball means he’s willing to find time to follow the NBA. Last season, he delighted Cleveland fans by showing up to multiple Cavaliers games dressed in full uniform (including the night he went full-on Baron Davis). And while Haden says he rarely gets a chance to flash his game anymore, last month the second-year pro traded his cleats for a pair of Foamposites to participate in a charity basketball game organized by Baltimore Ravens wide receiver Torrey Smith.

So last week, SLAMonline caught up with Haden—who will celebrate his 23rd birthday tomorrow—at the unveiling of the NFL’s brand new Nike uniform collection in Brooklyn to talk hoops, from his own battles with future NBA stars to his impressions of both the college and pro game this year.

SLAM: What did you think of Kentucky winning the National Championship?

Joe Haden: I think that [Terrence] Jones is a beast, [Anthony] Davis is a beast, and [Michael] Kidd-Gilchrist is a monster.

SLAM: Who was your pick at the start of the Tournament?

JH: I had Kentucky. Going to Florida, I wanted them to go as far as possible but I thought Kentucky was going to win.

SLAM: What did you think of the Gators’ season?

JH: I think they did good. Definitely a little better than I thought they would do, but once they got into the Tournament and started winning, I just wanted them to keep going. We were up [on Lousiville] by 11 with eight minutes left and then we lose it. But I was really happy for my dudes.

SLAM: Who are some of the guys you root for in the NBA?

JH: Since I’m in Cleveland, I can’t really root for LeBron James. But before I went there, he was by far my favorite player. Him, and then I’m good friends with Kevin Durant, so them two.

SLAM: What are your impressions of the League so far this year?

JH: My number one impression is, I think Oklahoma City has a really talented team—you’re not going to stop Westbrook and KD from scoring 20 each, and then Harden coming off the bench doing what he does. And then Ibaka, he’s in there smacking everybody and dunking on everybody. I think they have a really talented team. I don’t think the Lakers are going to go too far. Again, Cleveland is my peoples and everything, I love the whole city, but I think the Heat have a chance to finally get it this year. If DRose doesn’t come back, then they really have a slick chance of winning it all.

SLAM: Is that your Finals prediction?

JH: Yeah, Thunder-Heat, and I got the Heat winning. In six.

JH: Oh yeah, definitely. That was my first love. Basketball was my first love. I was getting recruited in high school for basketball also, but it was nowhere near as many D1 scholarship offers as I had for football. And I just had to make the decision, like, alright, I’m not going to go to the NBA, maybe keep going, get my college stuff right and go to the NFL. I always had the dream of going to the NBA or NFL and it was more likely I was going to go to the NFL. [Laughs]

SLAM: What kind of player were you?

JH: I didn’t have as much handle as CP3, but I was diming, nice oops and everything. I just played in a charity basketball game with me, Tyrod Taylor, Torrey Smith, Ray Rice, LeSean McCoy and we played against some of the Redskins players. And we won, I had about about 10 points, 10 dimes, you know.

SLAM: So you’re out there looking to dish?

SLAM: Who were some of the guys you played against coming up?

SLAM: Of the guys you just mentioned, which one was the scariest in HS?

JH: KD was probably first, then Beasley, then Ty, then Nolan. Beasley was killing in high school.

SLAM: Which of those guys did you not want to face?

JH: KD. He was just crazy. His team was ranked like No. 2 in the country, Montrose Christian. We played them in the summer and he had like 30 in the first half, and then he didn’t play the second half. He was playing point guard, coming down at 6-9, I was like, seriously? Still had the same handle, still had the same bounce. 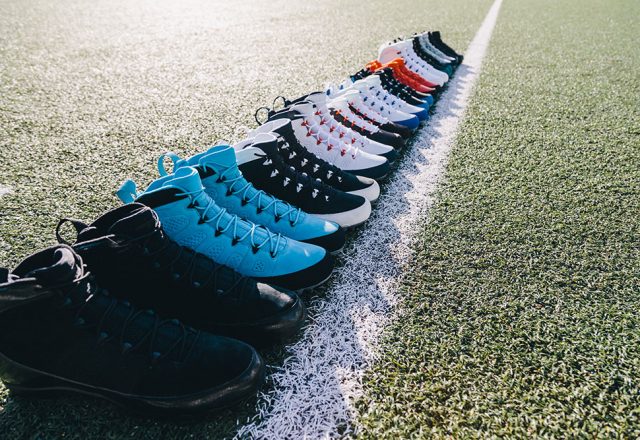