Randy Wittman Fired By the Wizards 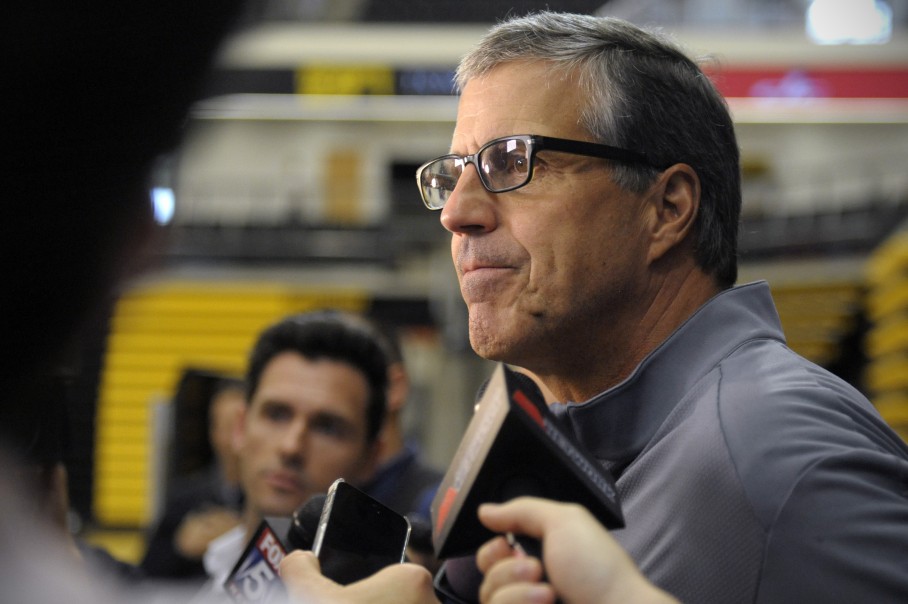 The Washington Wizards made the inevitable official Thursday morning: Randy Wittman has been let go.

Former OKC Thunder head coach Scott Brooks is reportedly the front-runner to take over in D.C. next season.

The Washington Wizards announced today that they will not pick up the option on the contract of Head Coach Randy Wittman.

“There were high internal and external expectations for this team coming into this season based on the momentum we had generated over the previous two years,” said Wizards President Ernie Grunfeld. “Unfortunately, the inconsistency of the team’s performance and effort, particularly on our home court, did not allow us to meet those expectations and we decided a coaching change was needed.”

“Randy should be commended for the job he did in taking over as head coach during a very difficult time for our franchise and for helping to establish a culture and identity that led to success,” said Grunfeld. “This was a very tough decision on a personal level, and we wish Randy and his family the best moving forward.”