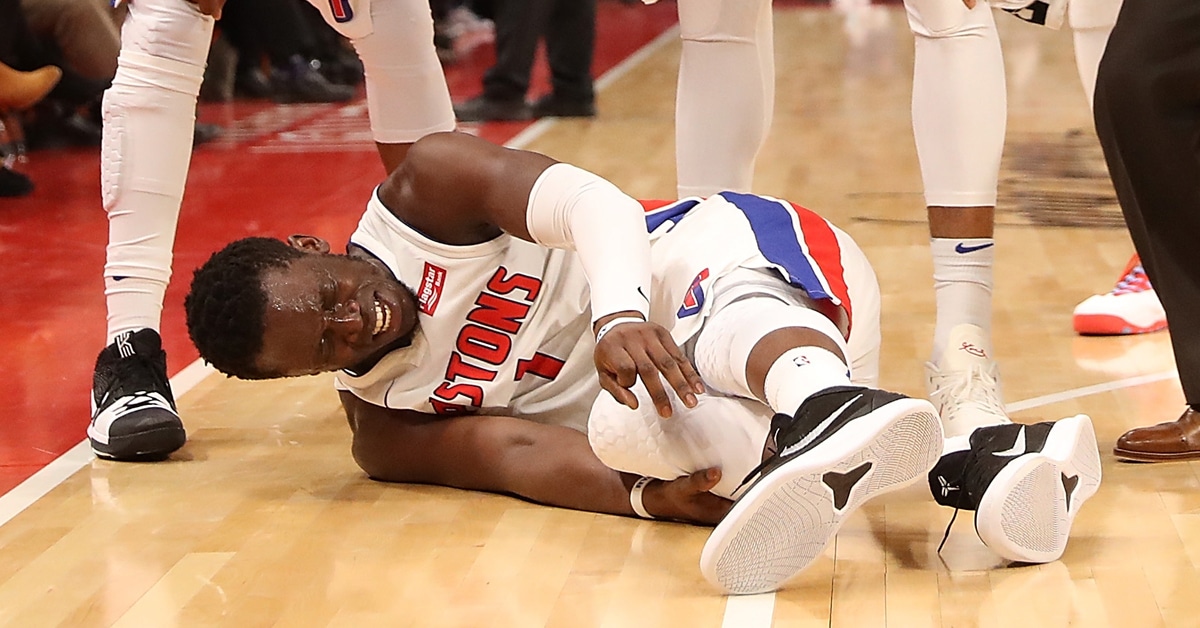 Detroit guard Reggie Jackson will be re-evaluated in 6-8 weeks after suffering a Grade 3 sprain in his right ankle, according to The Vertical’s Shams Charania.

Detroit guard Reggie Jackson has suffered a Grade 3 right ankle sprain and will be re-evaluated in 6 to 8 weeks.

Jackson came down awkwardly on his ankle mid-way through the third quarter of Detroit’s 107-83 blowout win against the Pacers on Tuesday.