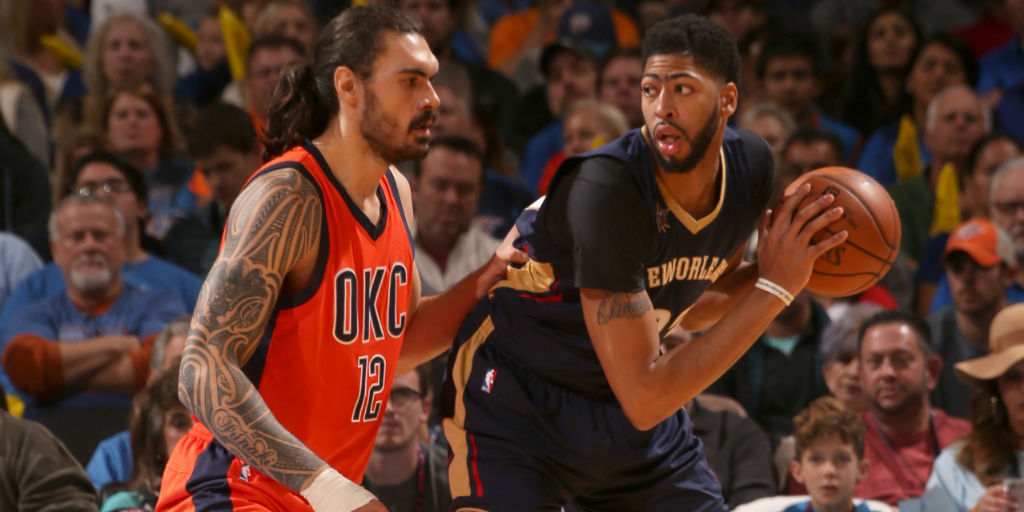 After missing a career-high 21 games last season, Pelicans big man Anthony Davis has only missed one full game thus far this season. That could soon change, however, as ESPN is reporting that the NBA’s scoring leader underwent X-rays after last night’s 101-92 loss in Oklahoma City.

Davis denied the account when approached by ESPN, but the Pelicans forward was observed receiving treatment, including a black wrap, on his right foot at his locker before speaking to the media.

Davis, who had 37 points and 15 rebounds in 43 minutes, was observed wincing and hobbling at times early in the game but appeared to be walking without a noticeable limp in the locker room.

LeBron James: Anthony Davis ‘Everything I Expected And More’