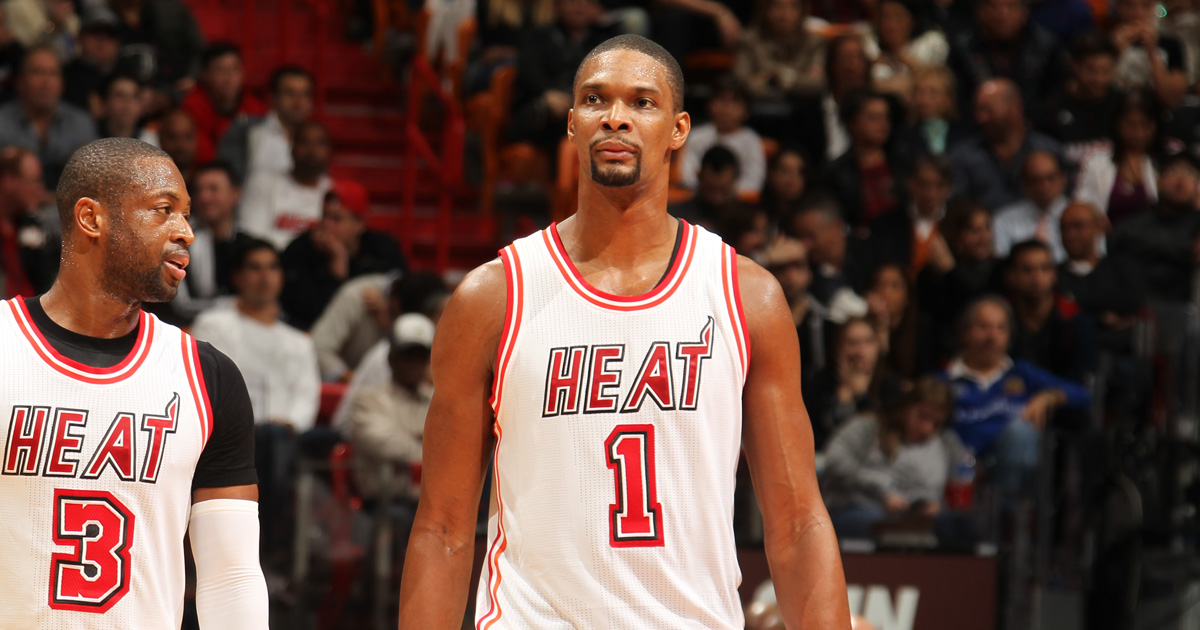 The Chicago Bulls would reportedly make a serious run at Chris Bosh if the Heat big man returns to playing basketball next season after dealing with life-threatening blood clots.

ESPN reported on Friday that Chicago would be “at the front of the line to try to sign [Bosh]” should the 11-time All-Star make a return.

The thought is that Bosh would be open to a potential Windy City reunion with former Heat teammate Dwyane Wade. But when Wade was asked about the possibility on Friday, his response was: “That’s news to me.”

“I play with the Bulls and I don’t even know that,” Wade said when asked about the report after the Bulls’ shootaround in preparation for facing the Hawks at Philips Arena.

“That’s news to me, he’s one of my good friends. The biggest thing with Chris is … his health. … Basketball is something he loves and I’m sure somewhere in the back of his mind he would love to be able to do again but I know his steps and that moment is not here now.”

RELATED:
Chris Bosh Finding Happiness Through Unlikely Source: The Guitar
Chris Bosh: ‘I’m Kind of Getting the Taste of Retirement’