Russell Westbrook on NBA Contracts: ‘We Definitely Get Robbed’ 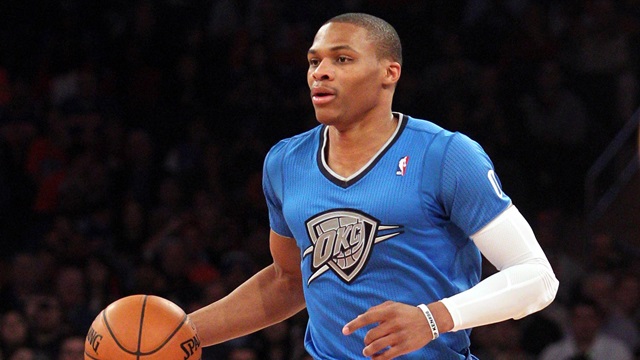 When asked about the NBA’s newly-inked $24 billion TV rights deal, OKC Thunder superstar guard Russell Westbrook had a reaction similar to that of many other NBA players.

Westbrook knows that team owners aren’t paying what the players (stars especially) are truly worth.

Just off phone w/ Russell Westbrook, who joined chorus of guys reacting to TV deal: "We (players) definitely get robbed in certain ways."

Related:
LeBron James on Owners Crying Poor: ‘That Will Not Fly With Us This Time’
Deron Williams: ‘I Hope Guys are Preparing for an NBA Lockout’
Kobe Bryant Says NBA Players Labeled as Selfish if They Don’t Take Less Money