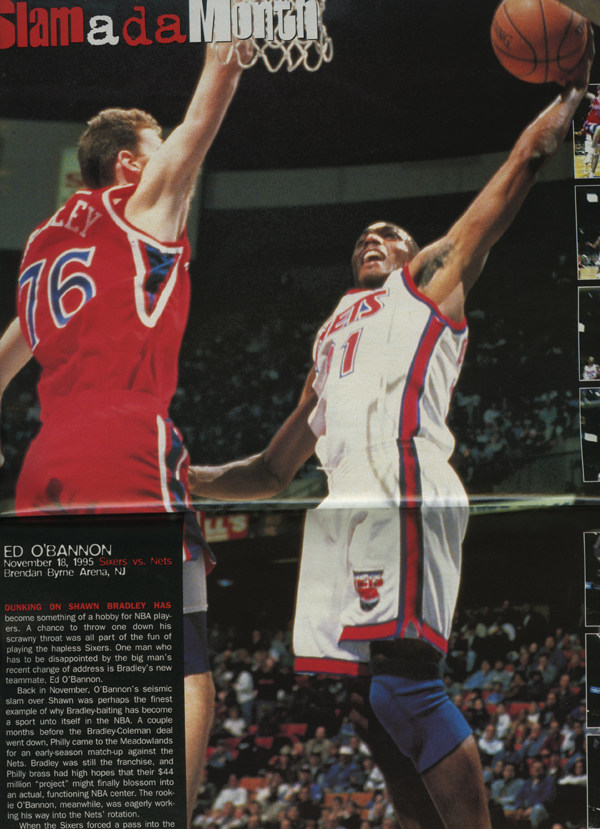 Dunking on Shawn Bradley has become something of a hobby for NBA players. A chance to throw one down on his scrawny throat was all part of the fun of playing the hapless Sixers. One man who has to be disappointed by the big man’s recent change of address is Bradley’s new teammate, Ed O’Bannon.

Back in November, O’Bannon’s seismic slam over Shawn was perhaps the finest example of why Bradley-baiting has become a sport unto itself in the NBA. A couple of months before the Bradley-Coleman deal went down, Philly came to the Meadowlands for an early season match-up against the Nets. Bradley was still the franchise, and Philly brass had high hopes that their $44 million “project” might finally blossom into an actual, functioning NBA center. The rookie O’Bannon, meanwhile, was eagerly working his way into the Nets’ rotation.

When the Sixers forced a pass into the lane from nearly half-court, O’Bannon deflected it with a backhanded poke. Racing for the loose ball, Eddie O took possession and began a one-man break. There was no player ahead, but Ed checked the rearview to see Bradley catching up quickly. An easy two for Easy Ed was about to get ugly.

For Bradley, that is.

Bradley beat O’Bannon to the hoop and went up fully extended for the block. Ed took the opportunity to use the big man for his first pro highlight. He launched, cradled and exploded with a vicious jam up, over and through the helpless-looking Bradley.

Now, as teammates, they can sit around and laugh about it on those long plane rides. Right, Shawn? 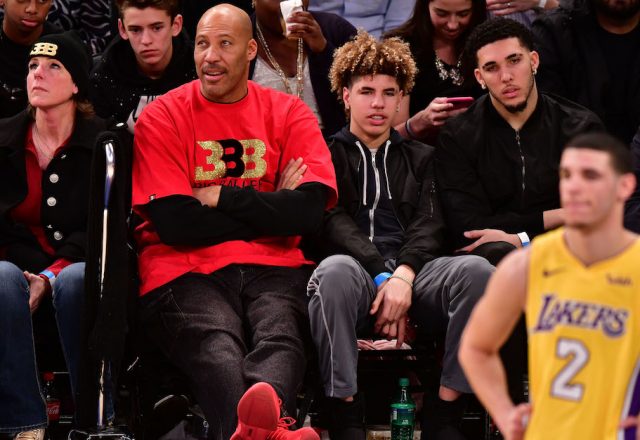 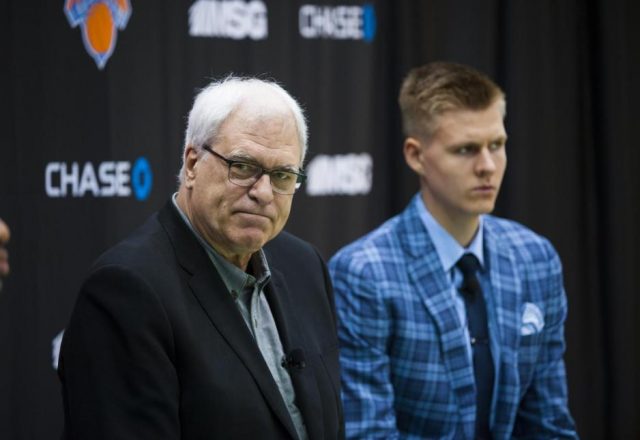 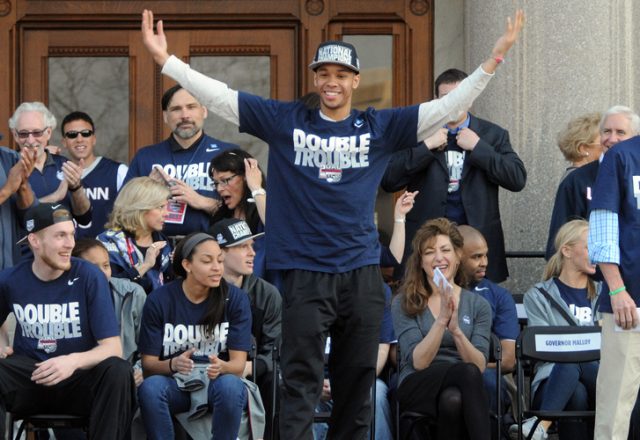 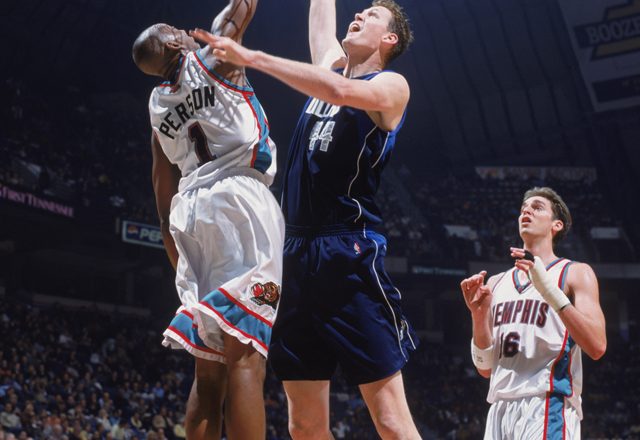 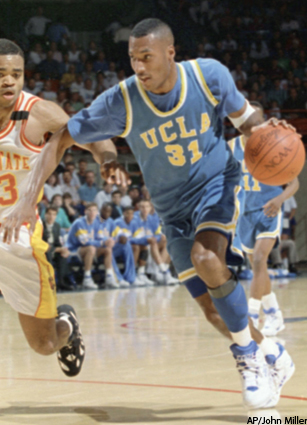