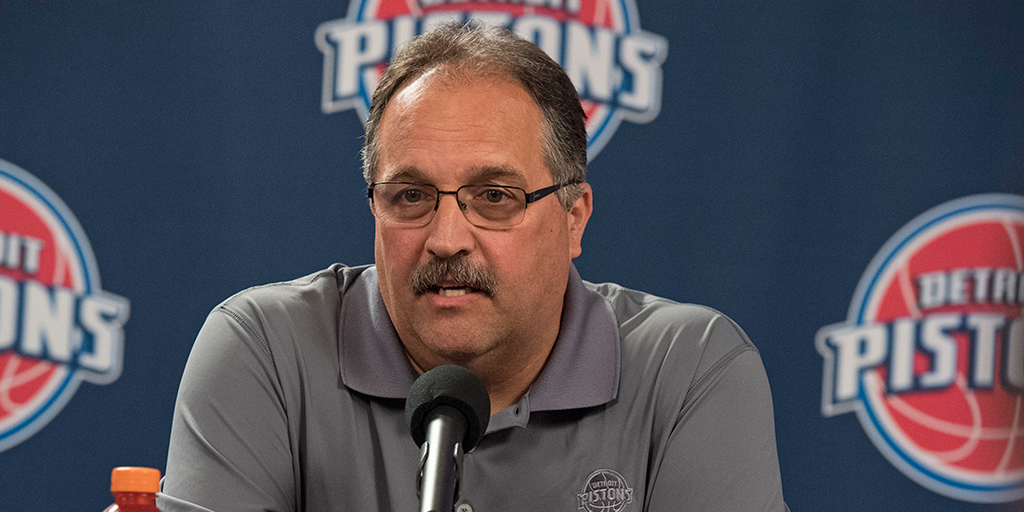 In an interview with ESPN from earlier this week, Phil Jackson describe LeBron James and his business partners as a “posse,” which caused backlash when Maverick Carter pointed out that the word can be used as a derogatory term to describe a group of black men. LeBron also chimed in, saying that he has lost respect for Jackson and Carmelo Anthony also weighed in and questioned why the Knicks president was talking about LeBron in the first place.

Before last night’s Pistons-Knicks game at Madison Square Garden, Detroit head coach Stan Van Gundy was asked about the Phil Jackson ordeal and SVG admitted that he has used the word “posse” before and never to describe a white player.

”I’m going to be perfectly honest here, I’ve used that word before, OK,” Van Gundy said, ”and when that all came out I had to ask myself, have I ever used that word before with a white player, and the answer is no. So, I think, look, you have to be aware of the language and you have to be aware a little bit of your own biases if you’re going to overcome them and so I took that seriously.”

Van Gundy followed that up by saying that he has not used the word in a long time, but felt that he had to be honest and up front:

”And so I think at the time where you’re going to call out other people on attitudes, I think you need to be willing to look in the mirror and call yourself out,” he added. ”I don’t think I’ve used that term in a long, long, long time, but I think going back to my days as an assistant when I was younger I know in the past I have used that term. I’m just being honest and it’s not right.”