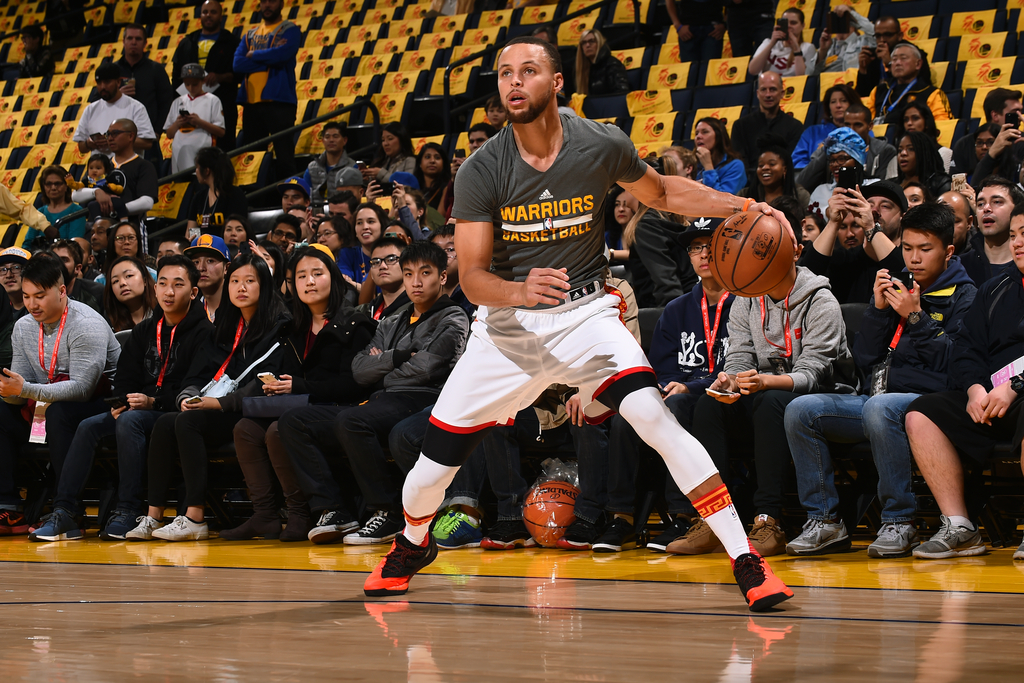 Under Armour CEO Kevin Plank said that Donald Trump is an “asset” to America, something Stephen Curry sarcastically agrees with … “if you remove the ‘et’” from the word.

Curry and his chief corporate partner had a lengthy conversation about where each side stands when it comes to Trump.

The NBA’s reigning MVP says he would have to reconsider his relationship with the company if they adopted Trump’s values.

Once again, Stephen Curry has found himself in the middle of a political issue. Under Armour CEO Kevin Plank, in an interview with CNBC, said President Donald Trump is an “asset” to the country. […] “I agree with that description,” Curry said, “if you remove the ‘et’” from asset.

His stance was much the same when his vague comments about the controversial North Carolina bill drew the ire of some in the LGBTQ community: where he stands is clear per his track record. […] “I spent all day yesterday on the phone,” Curry said, “with countless people at Under Armour, countless people in Kevin Plank’s camp, my team, trying to understand what was going on and where everybody stood on the issue. Based off the release that KP sent out this morning, and what he told me last night, that’s the Under Armour that I know. That’s the brand I know he’s built and one that, as of Wednesday afternoon, is something that I’m standing on.”

“It’s a fine line but it’s about how we’re operating,” Curry said, “how inclusive we are, what we stand for. He’s the President. There are going to be people that are tied to them. But are we promoting change? Are we doing things that are going to look out for everybody? And not being so self-serving that it’s only about making money, selling shoes, doing this and that. That’s not the priority. It’s about changing lives. I think we can continue to do that.”