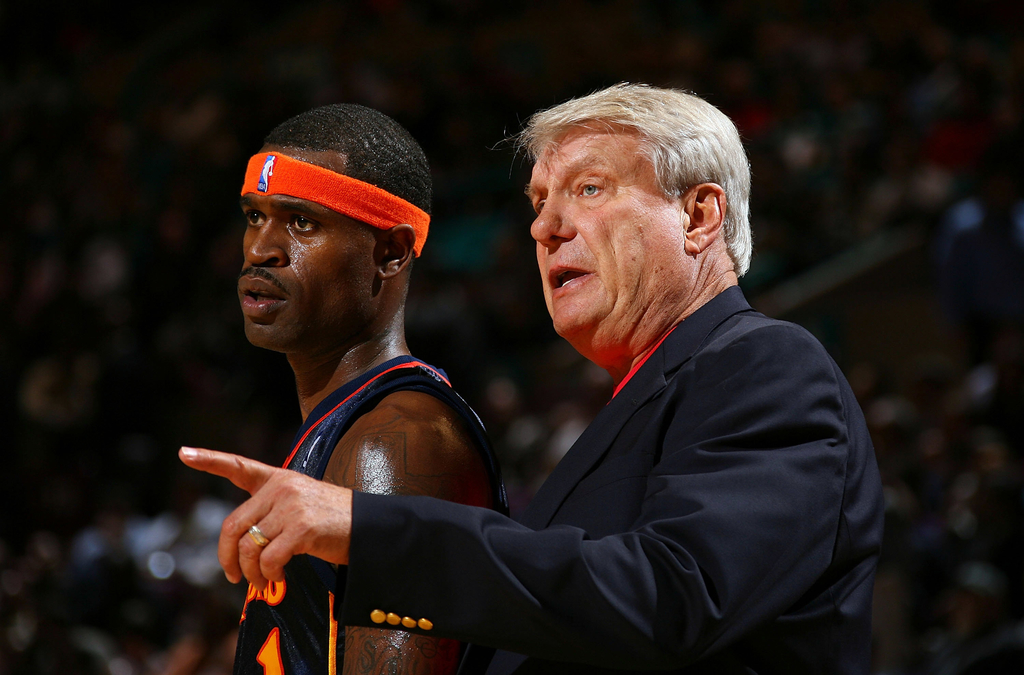 According to former NBAer and master storyteller Stephen Jackson, Don Nelson and certain members of the Golden State Warriors greatly enjoyed getting their drink and smoke on.

Cap’n Jack tells an amazing and hilarious tale of downing “two or three bottles of McCallan 12” with Nelson and teammate Baron Davis prior to one Opening Night, and how Nellie joined in the celebration once the final drug test of the season had been administered.

Per the I am Rapaport podcast (via Dime):

“Nobody knows this story, so this is the first time somebody is hearing this. We’re in Utah and the drug test people are around, you know, to get our last drug test so we can smoke, right? Don Nelson, we talked about weed all the time, he was cool with talking about weed. We got our last test in Utah, right? So me and Baron are coming out the locker room just screaming, excited with our last pink slip saying we could smoke for the rest of the season and Don Nelson hauls ass down there giving us hi-fives like, ‘yeah, we can smoke now!’ It was cool, the fact that he knows what’s going on off the court with his players, which was great man. We enjoyed it. That’s why we were a great team.”

“I can’t speak for nobody else. Me personally, I’ve done a lot of shit before games sometimes and still was able to go out there and be productive. I just gotta be real, you know, it’s been a couple games where I smoked before games and had great games. It’s been some games where I smoked before the game and was on the bench after three minutes sitting on the sideline, ‘please calm down, this high has to calm down,’ I done shot three shots that went over the backboard, like, I’m going to be honest, like ‘ahh, I gotta calm down.’”