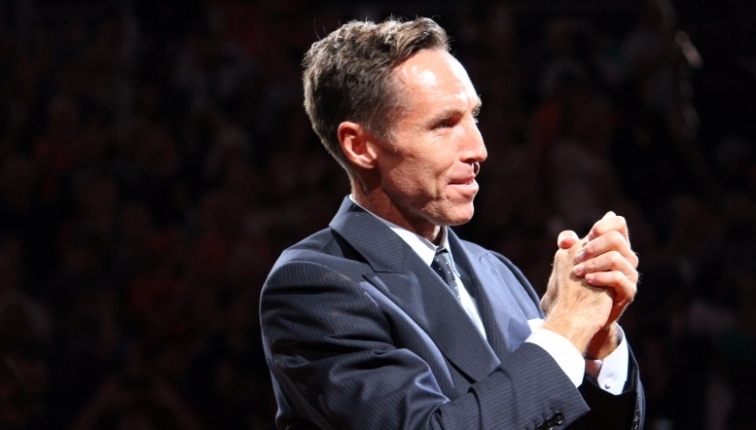 The Phoenix Suns canned Jeff Hornacek late Sunday night, and say they’ll have an interim head coach in place by Tuesday. Could Steve Nash be their long-term solution on the bench?

According to multiple published reports, the team badly wants to hire the 2-time NBA MVP, but Nash—currently working for the Golden State Warriors as a player development consultant—is said to be unprepared to make such a significant career change at the momment.

In his first full year of retirement, Nash had to be lobbied hard by some of his closest friends — Warriors coach Steve Kerr, Kerr’s assistant Bruce Fraser and Warriors team president Rick Welts — just to consent to the consulting position with Golden State. The arrangement with Golden State, sources say, calls for Nash to spend a few days per month with the league’s reigning champions.

Nash and Sarver still have a very strong relationship as well, as evidenced by the partnership they struck recently as part of the Sarver-led consortium that completed the purchase of Spanish Segunda Division soccer team RCD Mallorca earlier this month. Nash serves as a board member at RCD, with input on all soccer decisions. […] Yet sources say Nash, who turns 42 on Sunday, is reticent to take on bigger roles in basketball than he already has because of the time that would require him to be away from his family.

In addition to his work with the Warriors, Nash serves as the general manager for Canada’s senior men’s national team, after making his international debut for his country as a player while still in college and ultimately leading Canada to within one win of the medal round at the 2000 Summer Olympics in Sydney.