Tim Duncan to Appear in ‘The Punisher’ Comic Book 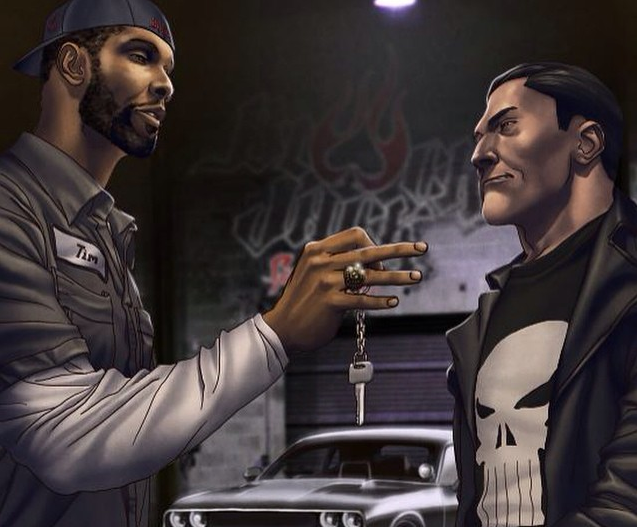 San Antonio Spurs big man Tim Duncan is a huge fan of “The Punisher” comics. He even wears a knee brace of his hero‘s logo.

In a pretty neat cross-promotion between Marvel and Duncan’s own custom car shop, the future Hall of Famer will appear in a special edition of an upcoming Punisher comic. Per the Express-News:

The cover was rendered by Mike Choi, a Judson and University of Texas graduate who, according to his biography, spent three years as an IT consultant before quitting to pursue a career in art. He’s since done prominent work for both DC and Marvel, including the upcoming cover featuring his hometown’s biggest athletic hero as a grease monkey. (Notice that Choi took care to give Duncan’s championship ring prominent placement.)

The issue, with Duncan’s only appearance coming on the cover, will be released on Oct. 25. The Dodge Challenger featured on the cover is being replicated by Duncan’s specialty auto BlackJack Speed Shop, and will be unveiled on the same day for charitable auction.