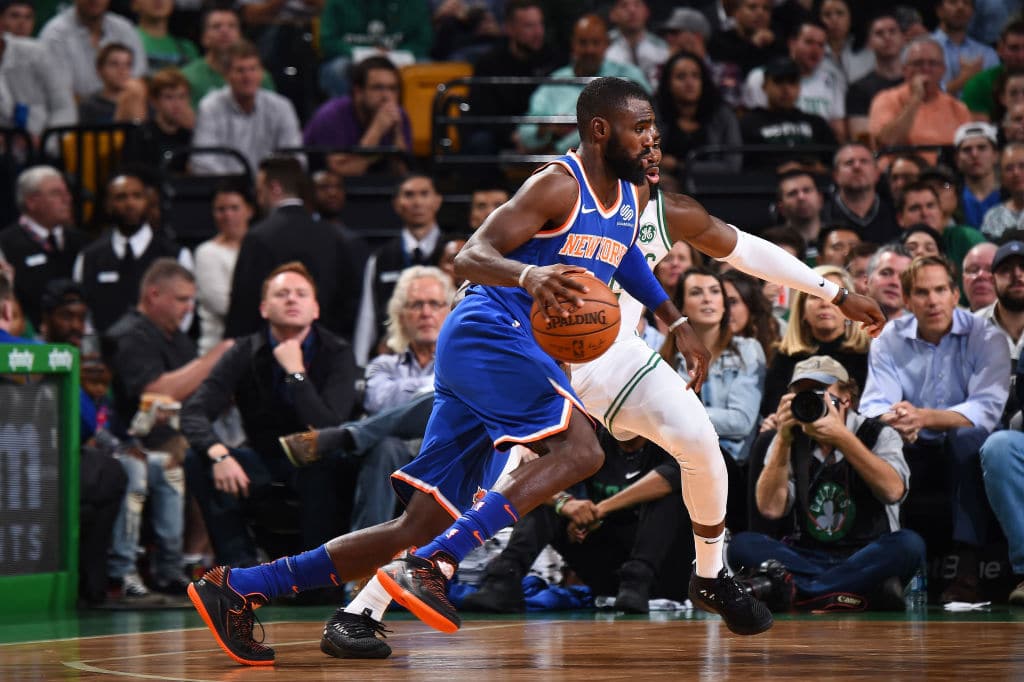 The New York Knicks are just one two winless squads in the NBA, and according to Tim Hardaway Jr, the players don’t seem to have a good grasp of their plays.

Winless Knicks see the problem and it is them https://t.co/g5dHM8dxSW via @northjersey

Courtney Lee echoed his teammate’s comments about the Knicks not knowing what they’re doing on the court.

Hardaway Jr has shot an atrocious 24 percent from the field in his first three outings with New York.

Asked what was wrong Tuesday, Hardaway Jr. said, “Everything.” That summed it up nicely, but he was willing to be more specific.

“We’re all out there just running like we don’t know what’s going on,” Hardaway Jr. said. “It can’t happen. It’s frustrating at the same time, but it’s still early in the season. We’ve just got to go to the drawing boards and get back to practice, just go out there knowing what we have to do offensively and defensively.”

“We’ve got to get better at executing,” Lee said. “It was a lot of possessions like a normal eye might not see it, but we messed up on a lot of plays where the ball wasn’t getting delivered on time or one or two guys not being on the same page as far as the play-calling. That’s on us. We’ve got to pay attention more in practice, make sure we execute more when we’re out there.”