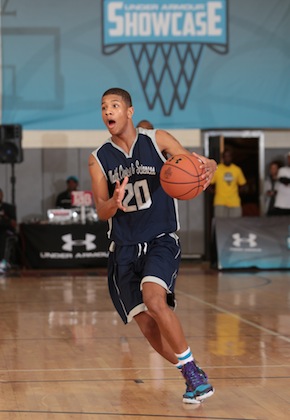 This past Saturday, fans trudged through a cold, rainy day in Charlotte, North Carolina to see some of the nation’s top high schools and top basketball talents compete in Under Armour’s inaugural high school showcase, formerly the Brandon Jennings Invitational in Milwaukee, WI.

Under Armour chose Charlotte out of all places in the country to kick-off their event thanks to the company’s local ties – UA endorser Kemba Walker plays for the Charlotte Bobcats, while their latest endorser Stephen Curry spent his prep years at Charlotte Christian HS —  and the cities rich basketball tradition.

“You think of Charlotte as a basketball hot-bed,” said brand director of basketball Mike Parker.

“The tradition, the amount of history. More importantly, we have a guy like Kemba Walker who plays for the Charlotte Bobcats. We just recently signed Stephen Curry who’s from Charlotte. We also signed Cam Newtown from the Carolina Panthers.  A lot of things just aligned and made a lot of sense for us to bring a great event like this to an area who appreciates good basketball.”

Under Armour brought together 10 high schools to play in 5 games throughout the day.

“Our grassroots team did a great job of assembling top-notch programs. We wanted to bring together a group of talent that would be very competitive. So a guy like Emmanuel Mudiay, a top five guy in the country, alongside players like Karl Towns and Theo Pinson. We really wanted to show great match-ups and really show the talent that Under Armour is assembling on the high school stage.”

Under Armour live-streamed the event for those who didn’t want to brave it through the elements or weren’t in town to see the games. No matter how you viewed the showcase, you were entertained by some great hoops action.

The next game featured St. John’s College from Washington D.C. taking on Math, Civics and Science from Philadelphia. St. John’s rolled out an all-guard starting five against MCS. St. John’s built an early lead, backed by the scrappy play of shooting guard Mike Morsell and point guard Anthony Cowan Jr. That early lead would increase as the game went on. Math, Civics, Science look overwhelmed for the most part. St. John’s would eventually take home the win, defeating MCS by 30 points. Moresell was named MVP of the game.

Hargave Military looked like they would continue the streak of blowouts as they took on Florida-based Oldsman Christian. Hargrave employed a press that shook-up the Oldsman guards, leading to some quick turnovers and easy baskets for the Tigers.

Oldsman had more pride than that though. A 6’4’ shooting guard named Roy Holston led the furious comeback against Hargrave. They would eventually tie the game up at 40 going into halftime after being down early. In the end, Oldsman couldn’t hang with the size of the depth of Hargave and would eventually fall to the Tigers.

University of Kentucky recruit Karl Towns Jr. led his Saint Joseph Metuchen squad against Massachusetts’s prep school powerhouse Wilbraham & Monson Academy. This game, just like the others, started out looking like it would be a blowout for Saint Joe’s. Towns would cause havoc for the W&B big men, as he finessed his way into easy buckets down low. He even showed some range as he stepped out to hit a three-pointer early in the first half.

Towns also got help from another Townes throughout the night. Marques Townes showed some great athleticism as the game went on, catching ally-oops and dunking with ease.

Point guard Wade Baldwin assisted his teammates with a couple of drives and helped in setting up other with some easy looks. Despite great play from W&M, Saint Joseph proved to be too much to handle at the end and pulled out a win.

The game of night pitted North Carolina’s Wesleyan Christian and UNC-signee Theo Pinson against Prime Prep out of Dallas and their five-star point guard Emmanuel Mudiay.

The game was everything you thought it would be. Out the gate, the fast playing Prime Prep built a quick eight-point lead backed by Mudiay and the hot three-point shooting of sophomore guard De’Shawn Williams.

Pinson and Wesleyan wouldn’t back down. After a monster two-handed slam delivered by Theo, Wesleyan would push back against Prime Prep — making it a close game throughout. As the game ticked down to the final seconds, Wesleyan had the lead and possibly one of the biggest upsets of the year in hand until Mudiay hit a 3 pointed with 23 seconds left to send the game into overtime.

Ultimately, Prime Prep would prove to be too tough for Wesleyan and  eventually took home the win in OT.

Those in attendance had a great time, despite the rain. Fans and players can look forward to heading back to the Queen City in the future.

“We would like to continue to be here in Charlotte,” said Parker about the possibility of making Charlotte the host city moving forward.

After a day of basketball like Saturday’s, Charlotte residents can only hope that UA continues to bring that level of high school talent back to the city for years to come. 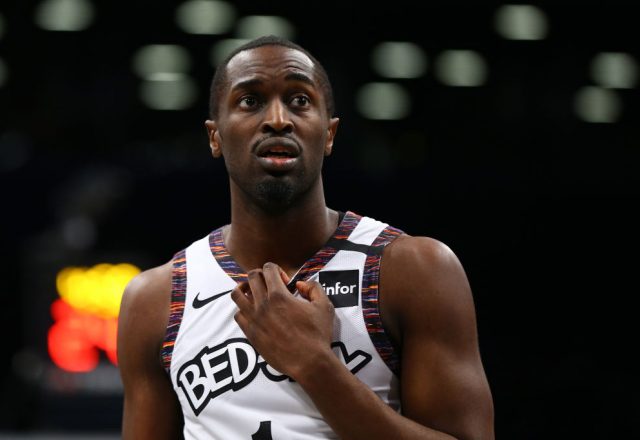 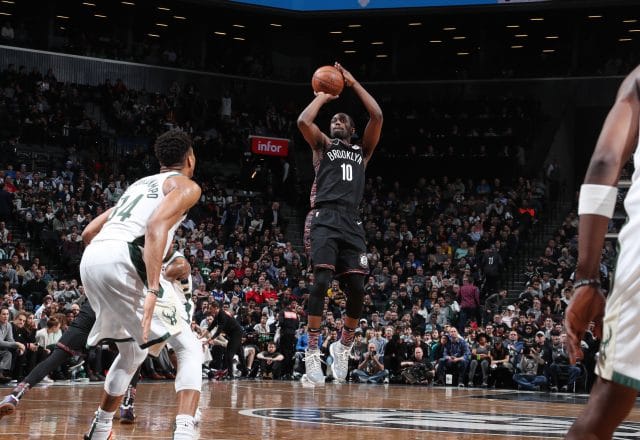