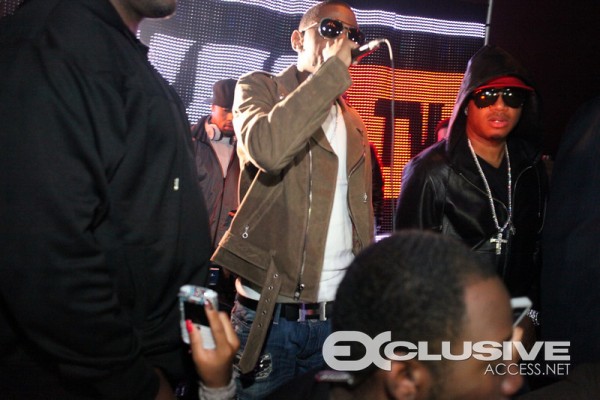 And it just don’t stop. The fallout from All-Star 2011 was very extensive, as celebrities and extravagant nightlife took center stage. Perhaps no party was as wild and star-studded as the All-Star finale that 3Deep Chicago and One Off Entertainment Group Chicago threw at Kress Nightclub in LA.

The party, hosted by NBA All-Stars Dwyane Wade and Derrick Rose and entertainer Fabolous, was the hottest ticket in Hollywood to have. Everyone was there, from sophomore Tyreke Evans to legend Dominique Wilkins to rapper Rick Ross. Fab performed over 15 songs, and by nights end, over $80,000 was spent on bottles. From Exact Publicity:

Tyreke Evans, Kenyon Martin, Serge Ibaka, Brandon Jennings and Coco Crisp are just a start on the names of Athletes who kicked back and partied at the event.  It even attracted retired NBA legends, Michael Cooper and Dominique Wilkins. Fabolous who was expected to perform—ended up performing more than 15 songs for the party goers. “It was hot, people had a good time, we were able to do what we do best and bring it here to Hollywood,” said Jonn Richardson, CEO 3 Deep Chicago.  The event included the talent of  Dj Skee, Dj Drama and DJ Sean Mac. According to the bottle service host at Kress Club, it was the largest night ever in bottle service alone—the club cleared more than 80 thousand that night alone on tables. As table buyers had an option of a roof top cabana table or tables on-looking Faboulous’ performance.

Below are some pics from the event.