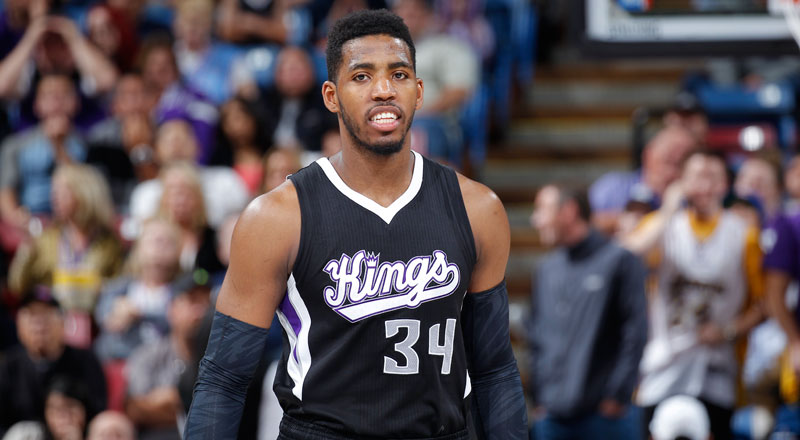 Jason Thompson has been traded from the 76ers to the Warriors for Gerald Wallace on Friday. In addition to Wallace, Philadelphia received $1 million cash and the right to swap the worse of Miami and OKC’s 2016 first-round picks with Golden State.

Wallace was officially a Warrior for less than a week after being acquired for David Lee.

More from the Warriors:

The Golden State Warriors have acquired forward/center Jason Thompson from the Philadelphia 76ers in exchange for forward Gerald Wallace, the team announced today. As part of the deal, Philadelphia also receives cash and draft considerations.

“We’re very happy to add Jason to our roster,” said Warriors General Manager Bob Myers. “He has a proven track record in this league and adds considerably to our team’s depth, which was a big key to our success last season and will be moving forward.”