One of out favorite events of the year, Basketball in the Barrio, will kick off its 2016 edition next Friday, June 17, at 8 am, at Armijo Recreation Center (700 E. 7th Avenue, El Paso, TX). SLAM, which has done a couple of pieces on the great event in the past, will again be in the house, donating mags and stickers and helping out on the court as well.

Camp is soon! June 17-18-19. A couple of great new additions this year: First, Alejandra Dominguez is going to be our Armijo Centre director. She’s an ace, and she’s hustling to make sure we get 100 campers from the area. Also, Shawn Harrington, whose astonishing act of courage in 2014 in Chicago is the stuff of legend, is coming to talk to the campers about nonviolence. Gus Gauntlett is coming from NYC to host a live Theater station. And yes, the Cathedral HS basketball team will be involved. Maria and Yahvi have moved to the border to teach music—they’ll be teaching at the camp again, too. Yahvi is our new Artistic Director at camp. His first move: get music whiz and kids’ favorite Jason McInnes to camp. Jason is bringing 100 harmonicas for the kids, and he’s promised not to give one to Steve Yellen until after we all go home. Education Station will be operating under Chris Burnham’s “Borderland Writing Project.” Rochelle Coleman, the great point guard from Syracuse U, is coming from D.C. Peace Players International’s Casey Tryon won’t be back, but we’ll honor her suggestions, among which is Gil Miranda hosting a 10 minute warm up each morning.

There are many ways to count how many of these camps Steve Yellen and I have hosted….it began in 1992 at Bowie High School….the cheapest camp in town. After the death of Rocky Galarza in 1997, we started doing the camp for $1 to honor Rocky’s life. So if you mark time by how little we are charging—and when we began to memorialize Rocky—this is the 20th Anniversary Camp. But really, who is counting? See you in soon. Viva Rocky Galarza, como siempre… 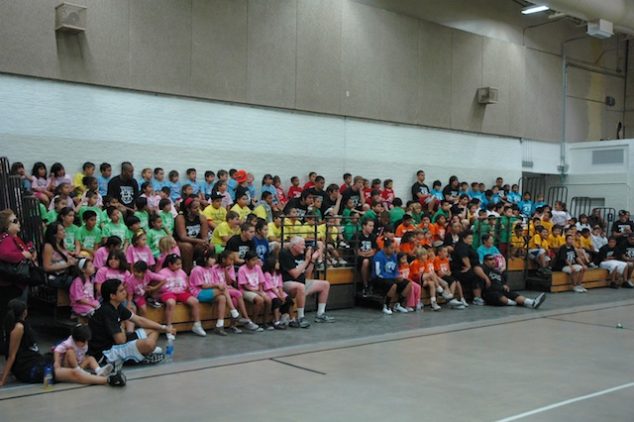