The prestigious DICK’S HS Nationals Tournament announced its teams and brackets for its 2017 edition on Wednesday. Slated for March 30-April 1 in New York City, the prestigious event is regarded as the national season-culminating HS tournament.

Despite the top ranked HS team in the nation and the top player in the Class of 2017 having turned down an invitation to partake in this year’s tourney, the boys’ field looks stacked with powerhouses like La Lumiere (IN), Montverde Academy (FL), IMG Academy (FL) and Oak Hill Academy (VA) among the field of eight.

See below for complete bracket for both boys and girls divisions, as well as game schedules and TV broadcast listings. 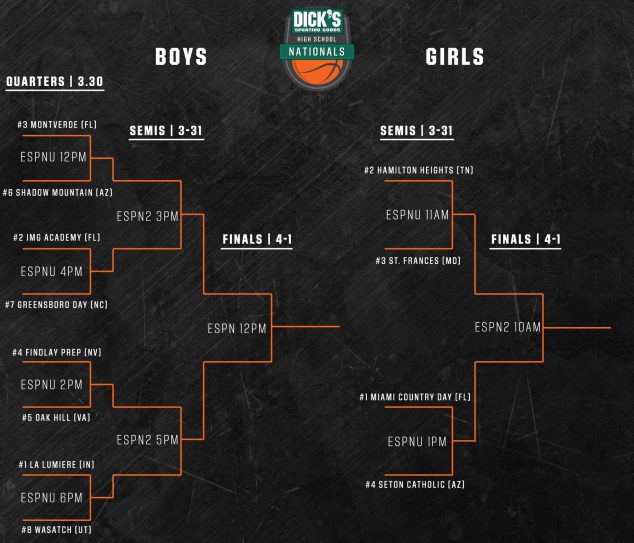