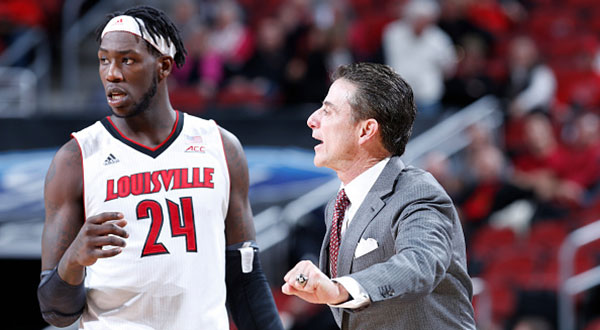 There has been a ton of talk of shady recruiting involving the Louisville basketball program.

Today, some of those rumors gained a little more merit, as a book by a former escort titled Breaking Cardinal Rules: Basketball and the Escort Queen claims that Louisville recruiting trips were similar to strip clubs.

ESPN discussed some of the details from the book:

Said one of the recruits, who ultimately signed to play elsewhere: “I knew they weren’t college girls. It was crazy. It was like I was in a strip club.”

A book, “Breaking Cardinal Rules: Basketball and the Escort Queen,”published this month by self-described former escort Katina Powell, 42, details nearly two dozen stripping and sex parties from 2010 to 2014 inside Billy Minardi Hall, the on-campus dorm for athletes and other students named for Louisville men’s basketball head coach Rick Pitino’s late brother-in-law. Powell, who first spoke to Indianapolis Business Journal Book Publishing, has said that McGee arranged the parties and paid her $10,000 for supplying dancers during the time period.

Powell told Outside the Lines in an extensive interview that McGee also supplied cash for “side deals,” which included sex with some recruits, guardians who accompanied them on visits and some Louisville players.

The former player who said he had sex with a dancer told Outside the Lines that McGee provided him with one-dollar bills to tip dancers and paid for one of the dancers to have sex with the player in a separate room. One of the other former players, who said he attended the parties as a recruit and player, said McGee “would give us the money, just the recruits. A bunch of us were sitting there while they danced. Then the players left, and the recruits chose which one [of the dancers] they wanted.”

McGee is former Cardinals graduate assistant Andre McGee, who five former players and recruits allege put together parties which featured strippers that he paid for.

Cardinals coach Rick Pitino responded to these allegations, saying that he has no idea if they’re true and that McGee owes it to everyone to tell the truth.