By the time Jabri Abdur-Rahim was born in 2002, his dad, Shareef, had already graced the cover of SLAM not once, but twice. The first time came in 1996 as part of the iconic rookie class cover that featured Shareef standing next to Kobe Bryant, Ray Allen, Steve Nash and several others. The second time, in 1999, he was featured solo off the heels of a season in which he averaged a career-best 23.0 points per game for the Vancouver Grizzlies. Jabri was born three years later, and by the time his dad’s 12-year NBA career finally came to an end, he was only 6 years old.

So no, he doesn’t recall much of his dad’s playing days. At least not to the extent that he could really describe the experience. But dad, the sports executive, he remembers and knows very well.

Shareef first became an assistant coach for the Sacramento Kings in 2008, and by 2010, he was the assistant general manager. In 2013 he was named general manager of the Kings’ G-League affiliate squad—the Reno Bighorns, who have since become the Stockton Kings. He then served as the NBA’s associate vice president of basketball operations before being named president of the NBA’s G-League in 2018.

“I didn’t see that much of him actually playing. He retired when I was, like, 6. So I didn’t really understand what was going on. But once he retired, he became a coach and then general manager. I was around all that. So I’ve been around a lot and it’s been pretty cool,” says Jabri. “Just working out with my dad in the backyard—that’s what I’d really look forward to the most after school. We would just go out and shoot. My dad played in the League [but] he never forced me to play basketball. He just let it happen naturally. I always knew that basketball was the one for me, for sure.”

As the son of a former NBA All-Star who is now a C-level executive for the League, Jabri has been around a lot of hoopers and important figures in the sport. But perhaps no bond has been stronger than the one he’s built with Boston Celtics wing Jaylen Brown.

“Jaylen Brown—me and him have a pretty good relationship. I look at him as a mentor. He’s always giving me advice. I worked out with him all summer. We played one-on-one every day. I can’t say that I won a game. He was going really hard. I was going hard, too. He definitely made me look at myself in the mirror that summer,” says Jabri of Brown, who just like Jabri’s dad, hails from Marietta (GA), attended local powerhouse Wheeler HS and then starred at Cal. “Going up against him showed me a lot and what I could do against guys on that level.”

A 6-7 senior wing at Blair Academy (NJ), Jabri has emerged as a top-40 recruit in the Class of 2020. After transferring in last season, he led Blair to the Mid-Atlantic Prep League championship and the NJISAA prep “A” state championship—marking the first time in school history that the varsity program claimed both the league and state titles in the same season. The Virginia commit led the Buccaneers to a 22-4 record after averaging 15.3 points, 7.1 rebounds and 1.2 steals per game, and was ultimately named Gatorade State POY in New Jersey. Hooping in the Nike EYBL circuit last summer with the New Jersey Playaz, who were coached by former NBAer Tim Thomas, Jabri was one of the league’s top scorers. He averaged 25.2 points per game, which included three 40-plus-point performances within two weeks.

Despite not being around when his dad graced the pages of SLAM or recalling much from his hooping days, having his own feature in the magazine is a full-circle experience for Jabri and his family.

“When I was a kid, my mom bought a subscription to SLAM for my birthday. I was, like, 10 years old maybe,” he recalls. “I would rip the pages out and put the players that were featured on my wall, and just look at them because I wanted one day to be just like them—in a magazine, [having] all the accolades that they do. And that was just a goal that I had set for myself. And now to finally be one of the people in the magazine is pretty crazy to me. I could see a little kid maybe ripping my page out and putting it on his wall like I did.” 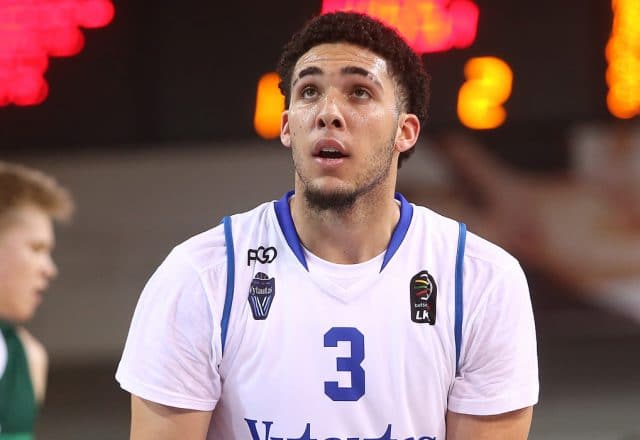