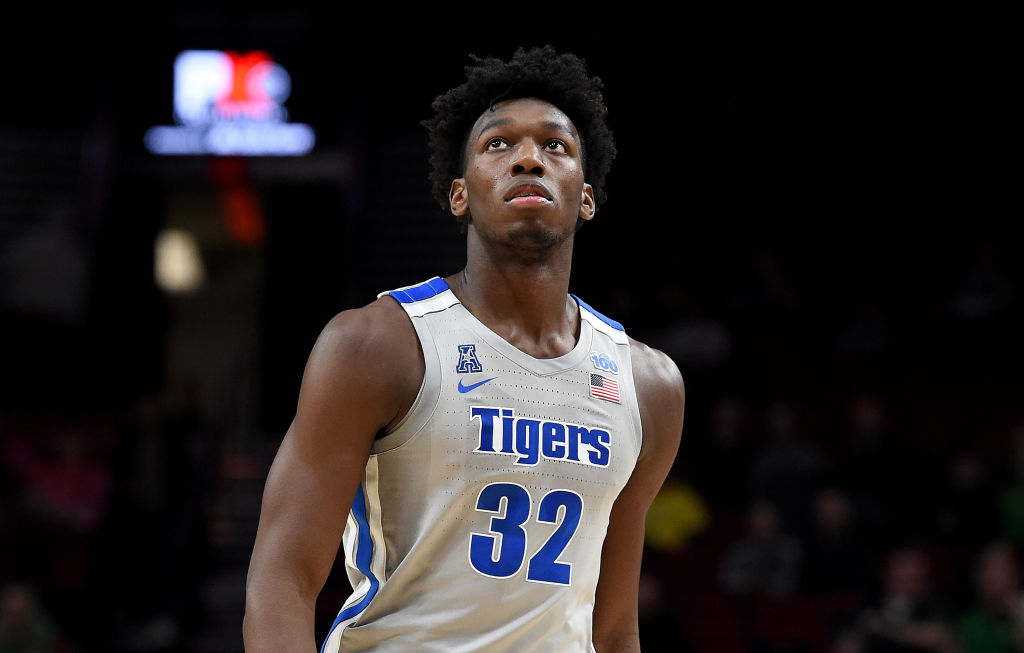 James Wiseman, a potential candidate to go first overall in next June’s NBA Draft, has decided to leave Memphis and prepare for his forthcoming professional career, Shams Charania of The Athletic reports.

Wiseman has been embroiled in a battle with the NCAA over his eligibility and was most recently suspended for a total of 11 games. The NCAA claims that Wiseman took financial compensation from a booster of the program.

With this news, Wiseman’s NCAA career comes to a premature end but nobody can say that it wasn’t a dominant one. In three games, Wiseman averaged 19.7 points, 10.7 rebounds and 3.0 blocks despite playing just 23 minutes per contest.

The 18-year-old, 7’1″ center is a popular candidate to be drafted with the No. 1 pick in next year’s draft.

Wiseman had five games left on the NCAA mandated suspension but there was no end in sight to the eligibility questions that surrounded his tenure on campus.