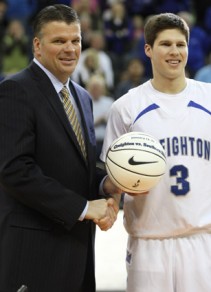 After a season watching her son become one of, if not the best basketball players in the country while simultaneously watching her husband coach a school to a conference tournament title—subsequently earning a ticket into the NCAA Tournament—Theresa McDermott might have been close to overdosing on basketball.

So when All-American Doug and Creighton coach Greg sit at the dinner table, the conversations do not include an orange ball or a round hoop. The Bluejays’ father-son duo makes sure basketball is the last topic that’s brought up.

“When Doug’s out at the house, we try not to talk [basketball] business,” said Greg McDermott, who took over as Creighton’s head coach in 2010. “It’s family time.”

So what do they talk about?

In a house decorated with trophies, both Doug and Greg concede Theresa to be the real star of the family as a breast cancer survivor.

“My mom gets to eat, sleep and breathe basketball with us,” Doug said. “Our family lives it. …And to have her be so supportive, I know it means a lot to my Dad and I.”

Theresa gets credit for another thing, too: Seeing her son’s potential before her husband did.

Rewind to 2008 when Doug was a tall, noodle-armed 185-pound soaking wet post player who came off the bench as a junior for a Harrison Barnes-led Ames High School squad.

With college coaches and scouts coming to Ames games frequently to see the No. 1 recruit in the country, Doug blended in as a loose ball-chasing, charge-taking hustle player who at first glance looked like an above average high school kid and potential D-I player.

Fast forward to 2012 and those coaches are shooting themselves in the foot. Sure, Barnes became a standout at North Carolina as expected and was drafted by the Golden State Warriors in the summer, but McDermott finally stepped out of the shadows and into the spotlight last season. Oh, and Doug’s gained a little weight, checking in at 220 pounds to go with his 6-8 frame.

After a strong freshman campaign (team-highs of 14.9 ppg and 7.2 rpg) that flew under the radar, McDermott helped catapult Creighton into top-25 polls last season as a sophomore, while putting up glaring numbers in the process. The end result of a season in which he averaged 22.9 ppg (third in the nation), 8.2 rpg a game and shot 60.1 percent was a first-team All-American stamp to supplant McDermott as the game’s best returning mid-major player and perhaps the best player in the country not recruited by John Calipari.

How did he get from A (average high school player) to B (one of the most talked about college hoopers)? Harrison who?

“I’m not the most athletic player by any stretch of the imagination, but I know how to be in the right place at the right time and put myself in the right position,” said the younger McDermott, who spent the summer fine-tuning his game at elite camps.

Before last season, McDermott wasn’t a household name. Now, Doug’s predicted by just about every outlet as a preseason All-American. He finished behind only overhyped Indiana big man Cody Zeller in first-team votes on the AP All-American team.

One of those coaches left scratching his head who watched Doug play in high school: his old man.

“Doug is the perfect example of what hard work can do for you,” the older McDermott said of his son, who might lead the nation in floor burns. “When you look at his stat line, it’s easy to think that’s raw talent. When you see him play, in person, you know he works for it. That’s what impresses me.”

No matter how many times Theresa would drop hints about her overshadowed son when her husband was coaching at Iowa State, recruiting Doug to play for Cyclones didn’t seem like the right fit in Greg’s mind.

Turned out, Iowa State wasn’t the right fit for him. After a lackluster stance (59-68) in Ames, McDermott jolted back to the Valley, where he had a strong track record by piloted Northern Iowa to four NCAA Tournament appearances.

“I understood the tradition of Creighton,” said the older McDermott, who replaced longtime coach Dana Altman, who left for Oregon. “We have an NBA arena that draws 17,000 a year now, that’s the sixth best attendance in the country. Omaha is a wonderful city. The support is unparalleled in college basketball.”

Once Greg arrived in Omaha, he finally recruited his still-under-the-radar son, pulling him away from Northern Iowa coach Ben Jacobson, Greg’s great friend and godfather to Doug. Nicely and regrettably, Jacobson obliged to send the best player the Valley has seen since Larry Bird (that’s right Kyle Korver) to play for a rival.

Sometimes, potential is the toughest thing to scout when recruiting young hoopers. McDermott missed it with his own kid. Doug developed a wet jumper from beyond the arc to mesh with his finesse post moves. His versatility and lethal scoring ability are uncharacteristically perfect for Creighton’s offense.

After a record 29-6 record last season, Coach McDermott was able to take off his coaching whistle and reflect on his son’s season as a father.

“It’s a unique situation obviously, but it’s very cool as a parent when the season is over, to reflect on what has transpired for Doug individually,” the older McDermott said. “And to have been able to share that with your son, it’s an experience we’ll always cherish and mean more to us somewhere down the road. Certainly, (Theresa) and I are proud of how hard Doug’s worked and how hard he’s handled his success by being humble.”

But unless it’s for laundry or a home-cooked meal, both McDermotts try not to over-do it.

“As cool as it is to see your son every day, I’ll admit most college kids don’t have to see their parents more than once or twice a month, so I try to give Doug his space.”

Now that the McDermotts and Creighton are on the nation’s radar, expectations begin to flood in. Everyone wants a March darling for the Dance. The Bluejays have the right formula: father-son-coach combo, a star player (McDermott, obviously), stud big man (Gregory Echenique returns after averaging 9.7 ppg, 7.3 rpg), experience (Senior Grant Gibbs, a Gonzaga transfer last year, averaged 7 ppg, 4.5 apg, 5.0 rpg) and most importantly, depth (virtually the entire core of the team returns). Check, check, check and check.

“The fact that we return nine-10 guys from last season—you can’t put a price tag on that type of experience,” the older McDermott said. “We certainly have the pieces, the chemistry to have a very good season.”

There still are question marks for Creighton, though, mainly on the ever-important point guard position. One player the Bluejays did lose was starting floor general Antoine Young, who averaged 12.5 points a game last year. Sophomore Austin Chatman will get the starting nod after some reps as a rookie.

“That’s our only serious question, at the point guard position,” Coach McDermott said. “How can Austin respond? Obviously, he’s moving into a starting role. That presents a different level of expectation. A year ago, if he was having a rough night, we had a senior (Young) to come in. Now, he’ll have to play through some of those mistakes. I think he’s prepared himself for this moment in the offseason.”

But Chatman is expected to learn fast for a team with towering expectations. Creighton was picked to win the MVC and given a No. 15 ranking in the USA TODAY Sports coaches poll.

Yes, the spotlight is shining on the cornfields of Omaha, Neb., of all places because of Doug’s prominence, while his coaching father and experienced/underrated teammates remain in the background. After spending years as a second fiddle to Barnes or the coach’s son, now he’s the starting point of every scouting report and known as the stud who dropped 44 points on Bradley on the road.

When Doug isn’t in the gym crafting his game, he’s chilling out in Omaha, where he’s listed Jimmy’s Egg as one of his many go-to spots.

He said he does get some celebrity treatment as the star of the basketball team, particularly from older Creighton fans and alumni, but goes relatively unnoticed on campus.

And you think this dude would be cocky. Instead, he’s the guy with dinner table manners.

“The expectations placed on his shoulders are off the charts,” Coach McDermott said. “But I think he knows to take everything with a grain of salt. He’s been very efficient in his approach. I wouldn’t expect anything different from his production this season. He’s continued to grow his game as a defensive player, with his ball handling skills, his abilities facing the basket.”

And you’d think there’d be animosity for special treatment of the coach’s son.

“I think most coaches expect more out of their best players, I try to treat it that way,” he said. “I ride him more than any player, if you want to call that special treatment.”

When asked to assess his stellar sophomore campaign, Doug says, “I think I have to be more patient with a lot of things, I know my defense needs to be much, much better.”

That’s right, Doug McDermott is still trying to get better. He still has the chip on his shoulder. But how do you trump last season’s numbers?

“You don’t,” he said. “But that’s not what it’s about. It’s about winning. Our team has a lot of goals. We want to win the Missouri Valley regular season, we didn’t do that last year. And we want to get back to the NCAA tournament and go far. We want to beat the North Carolinas of the world.”

After McDermott and Creighton lost to former high school teammate Barnes and North Carolina in the second round of the NCAAs, there’s an undying itch that needs to be scratched this season. And it’s the kind of itch that makes a preseason No. 15 ranking mean nothing.

The older McDermott is quick to point out how difficult the often-disrespected Missouri Valley is and noted that while Creighton is the favorite, it’ll be a dogfight like always.

“A lot of people forget Wichita State won the league last year,” he said. “The Valley is always tough. A lot of teams are returning players and a lot of teams have great recruiting classes. Really, I think there are several teams that could contend. Illinois State, Northern Iowa, Wichita State, even Drake are all in the equation.”

Looking ahead, Doug McDermott’s mindset is focused on his short-term goals of winning the Valley, making the NCAA tournament and advancing. But long-term, he’s definitely considered the NBA.

Let’s just say, it hasn’t moved up on his to-do list just yet.

“I got some positive feedback this summer,” he said. “But for me, it’s just about focusing on this season. It’s hard to not think about the NBA but at the same time college is the best four years of your life, especially here in Omaha.” 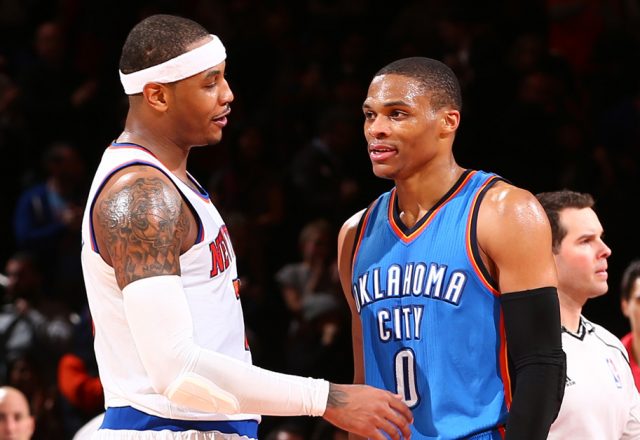 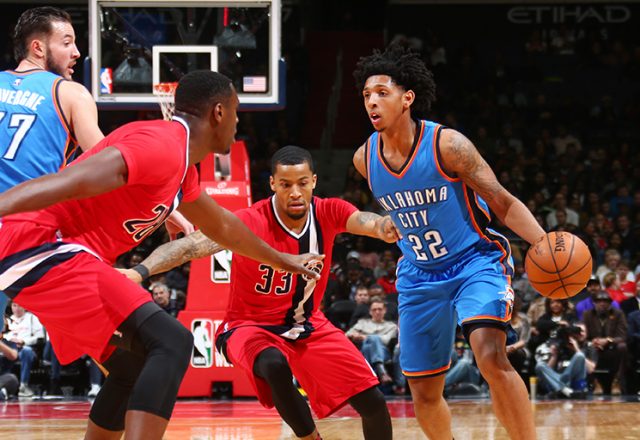 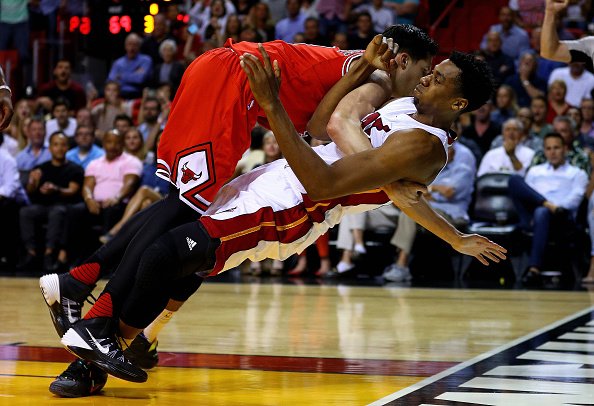 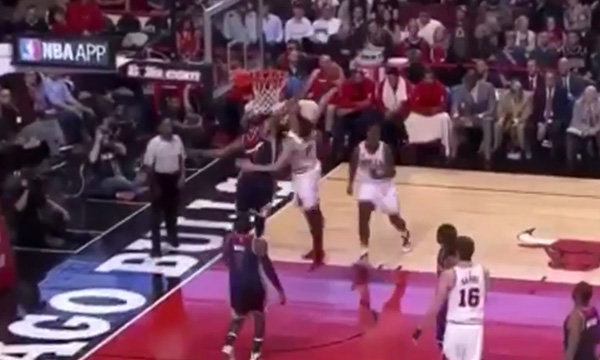 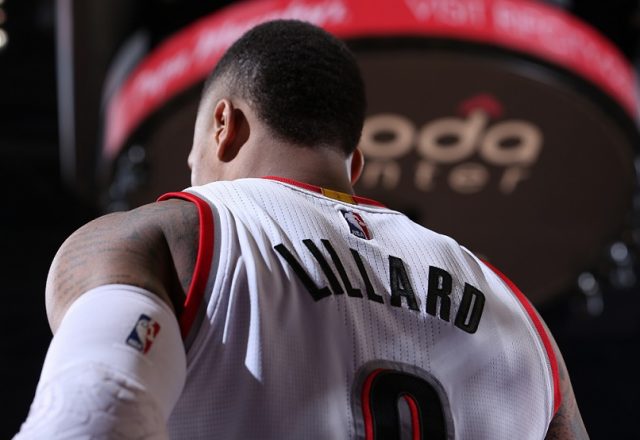 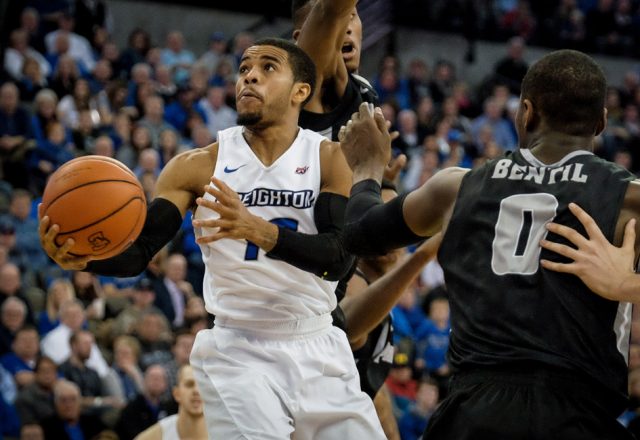