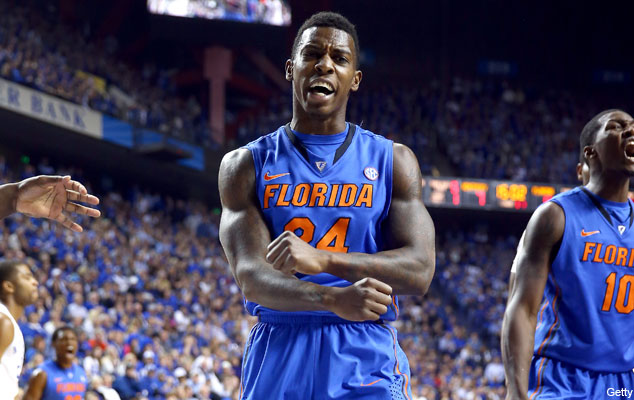 For NCAA Tournament hopefuls, resume-building opportunities are dwindling. Selection Sunday is March 16 and the field will be set with 68 teams, which encompasses 32 automatic births and 36 at-large bids.

One thing however is certain: There is nothing automatic in the Tournament anymore. The Ides of March are upon us.

Seeding is important, 87 percent of No. 1 seeds make it to the Sweet 16, that’s nearly 20 percent more likely than advancing as a No. 2 seed.

THE IMMORTALS (four teams whose body of work is most deserving to enter the field as a No. 1 seed…for now):

Only blemishes are two narrow road losses at Wisconsin and UConn. Bordering on two months of undefeated basketball. Wins versus Kansas, Memphis and Kentucky.

Achilles Heel: Must grind wins, not a great shooting team. 172nd in the nation in three-point proficiency at just over 34 percent.

Enough with the ‘woe is me’ stories about the mid-major, Wichita State is excelling and getting attention. They have three pro players, were in the Final Four last year and they spend more on their basketball program than schools such as Notre Dame, Stanford, West Virginia, Rutgers, Iowa State, Colorado—you get the picture. This team is a legitimate threat to cut down the nets in Dallas. Yes, they have only beaten one sure fire NCAA Tourney team in St. Louis and they did so in come from behind fashion.

Weapons: Trio of Ron Baker, Fred VanVleet and Cleanthony Early are as good as any in their position nationally. Top 15 in both offensive and defensive efficiency. Fantastic at keeping other teams off the offensive glass.

Achilles Heel: Will they be Tournament-ready without the benefit of tournament tests? The big boys have “big boys,” the Shockers are plenty tough but they are not as deep, tall and long as the “bluebloods” who constantly rule March. Three-point shooting—194th in the nation at less than 34 percent.

The nation’s best defensive team, was “the team to beat” before the loss of Brandon Ashley for the season. Don’t shed any tears for this talented squad that has the best backcourt in the country with TJ McConnell and Nick Johnson. In the frontcourt, the Cats have future lottery picks in Kaleb Tarczewski and Aaron Gordon, with a potential pro in Rondae Hollis-Jefferson. Out of conference victories on the road over Duke, San Diego State and Michigan.

Achilles Heel: Depth took a hit with the Ashley injury. Gabe York is the X-factor with the ability to stretch the defense and keep defenders from packing in the lane. Johnson also has been streaky so if the perimeter threats struggle, teams suffocate the lane and Arizona becomes vulnerable.

At 25-0, Syracuse was the talk of college basketball. Now, some warts have scared people off. The sputtering offense and lack of depth have people concerned. The minefield is in front of them with two difficult road conference tests before the conference tournament in enemy territory, a mere 641 miles from campus. Quality wins include victories against Baylor, Minnesota, Villanova, North Carolina, Duke and Pitt (twice).

Weapons: CJ Fair is as good a scorer in the halfcourt as anyone East of Omaha. He’s pure money when you need a hoop. Tyler Ennis has played a great point guard and recently has embraced more of a scoring role. Jerami Grant who has struggled with back issues, has lottery-level athletic ability and provides a difficult guard. He and Rakeem Christmas are ferocious on the offensive glass. Streaky three-point threat in Trevor Cooney is the type of player who can get hot and dangerous during tournament time.

Achilles Heel: Limited scoring threats. As bad of a shooting team as there has been in the past decade at Syracuse, at an effective field goal percentage (which accounts for the relative value of twos and threes) at 49 percent, 204th in the nation. They haven’t utilized their defensive to spark as many effective offensive transition opportunities as in the past.

Biggest threats to leapfrog to be a No. 1 seed are Kansas and Duke, especially if they win their conference tournaments.

Watch out for Oklahoma, a team likely seeded outside of the top five in their region who can make a deep run. They have skilled gun slingers who can light up the scoreboard and a deep collection of guards, a head coach who wins big games and guys who know their roles and over deliver in them.