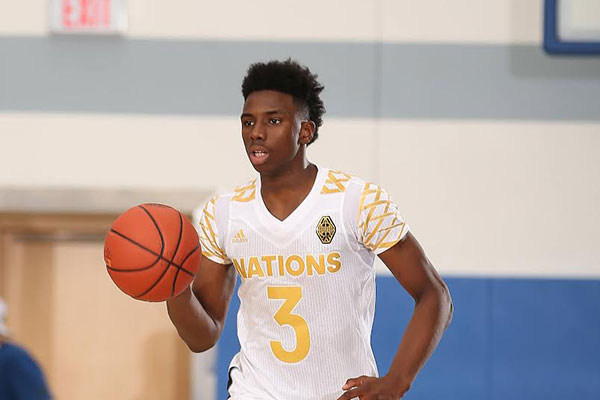 When Milwaukee Bucks rookie Thon Maker announced earlier this year that he planned to bypass college and enter the 2016 NBA Draft, many wondered if it would become a trend for years to come. Well, looks like there’s a chance that for the second straight year a top high school recruit might be able to make the jump straight to the League. Meet, Hamidou Diallo, a 6-4 high-flying guard out of Queens (NY) who is ranked among the top-10 prospects in the Class of 2017.

Diallo, a 6-foot-5 electric athlete, told Scout on Thursday that he graduated from high school last year at Putnam (Conn.) Science Academy. Diallo is now doing a post-graduate season at PSA, which means by the time the NBA Draft rolls around next June he will be a full year removed from his high school graduating class, making him eligible.

“It’s definitely something that I’m going to look into,” Diallo said when asked about the draft. “It’s my ultimate goal and I don’t feel like it would hurt me looking into. But as of now I want to go to college.”

For a player of Diallo’s caliber, testing the waters appears to be a good idea. Once the necessary steps are taken, NBA scouts will show up in droves to watch Diallo at Putnam (Conn.) Science Academy this season.

Diallo, who ranks as the No. 1 shooting guard and No. 10 overall prospect in the class, had a dominating spring and summer playing for the NY Rens on the Nike EYBL circuit, where he averaged 19.1 points and 5.8 rebounds a game.

“Hami is a guy anyone would want to coach and you would hate to play against,” one high major assistant coach told Scout. “His competitive spirt is off the charts and you win with guys like him”