In the SEC, all eyes are on Kentucky. But don't sleep on the young guns at Vanderbilt. 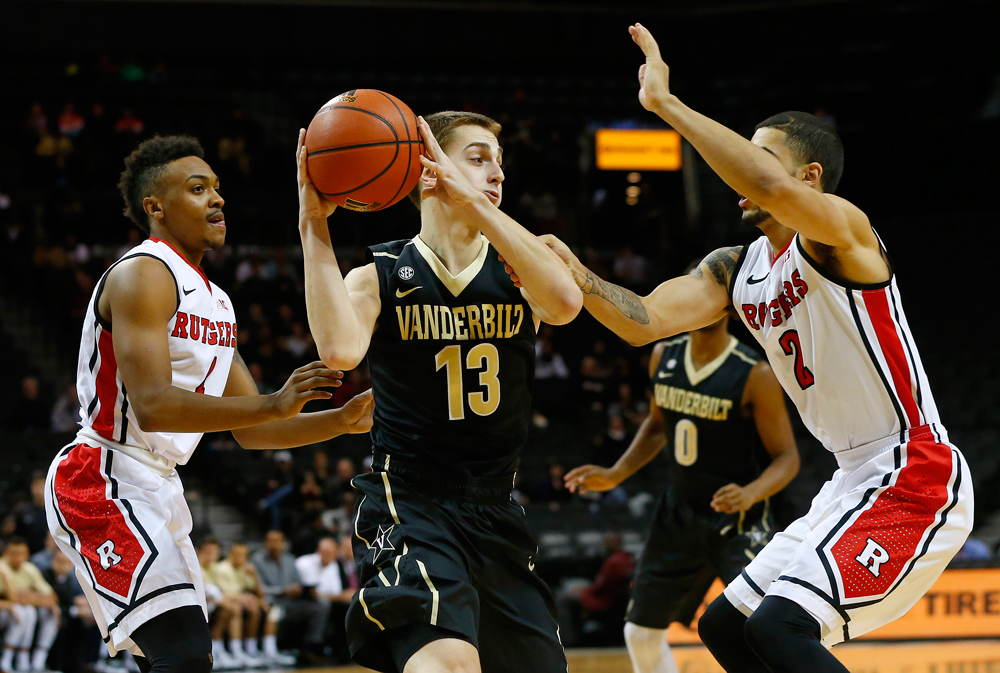 The eyes of college basketball are on defending national runner-up and current No. 1 Kentucky—the Wildcats are 13-0 and welcome Ole Miss to Lexington on Tuesday for their SEC opener, and the mostly teenaged team seems primed to keep college hoops fans captivated by a potential undefeated run this year thanks to their overwhelming size, athleticism, depth, offensive versatility and lockdown defense.

Meanwhile, on the heels of a 15-16 (7-11 in SEC) campaign in 2013-14, and a projected rotation of predominantly true freshmen and sophomores, Vanderbilt was overlooked during the preseason by conference prognosticators.

Perhaps it’s time to give the young Commodores a look.

With sophomore center Damian Jones leading the way, Vanderbilt is off to a 10-3 start and has visiting Auburn on tap for Tuesday in both teams’ first conference game of the season.

“I think we can be a really good team,” says Jones, who earned 1st team All-Freshmen honors in the SEC and returned as the Commodores’ leading scorer and rebounder. “We’re getting better and better with experience, and building. I think we’re coming into the SEC pretty strong.”

Jones typically anchors the post alongside either 7-foot sophomore Luke Kornet or 6-7 senior forward James Siakam (9.8 ppg, 5.8 rpg). At 6-10, and a monster athletically, Jones looks like he’s taken a step forward from last year, as he’s averaging a team-high 16.6 points per game, 7.1 boards, 1.8 blocks and is shooting close to 57 percent from the field.

Though you might have only seen Jones’ violent dunks on helpless defenders on highlight shows (like this one from last season), he also boasts a nice touch in the paint and said he worked hard to expand his game on both ends of the floor following a productive freshman year.

“I’m better on the defensive end, just moving my feet better,” Jones says. “On offense, I just have more ways to score. I worked on my turnaround jump shot, more post moves and some counter moves.”

Jones’ expanded, imposing presence down low offensively has been complemented early on by Kornet—a beneficiary of a 9-inch growth spurt during his last two years of high school. Anthony Davis he is not, but Kornet puts up 8.8 ppg while shooting 45 percent from three-point range.

The elder statesman among the rotation players, Siakam has also been instrumental in both reserve and starting roles in the paint, offering up the intangibles coaches always clamor for.

“He’s a relentless player,” Jones says of Siakam. “He’s always a force on the offensive rebounds. He just gives us energy to keep on going.”

What makes this year’s Commodores squad unique, and why they’ll be a problem of SEC opponents, is the chemistry on the court the first-year and second-year players play with offensively—as if they’ve shared the court in the program for years.

Through its non-conference schedule, Vanderbilt’s perimeter play has proven to be as dangerous as it is youthful, with the mix of five true freshmen occupying those respective roles on the court at all times.

Mitchell and Baldwin have handled the bulk of the point guard duties, while LaChance, Fisher-Davis and Roberson play off the ball. Stallings has mixed and matched trios of all five players throughout the season—each bringing a unique skill-set to the court. When the ball is tipped each game, their age or year in school means nothing.

“You just play your hardest, and not think about how old these guys are or what their experience is,” Jones says. “It took me a few games to catch up to the speed, but once I did it was a good transition.”

All five Vanderbilt freshmen have had instances this season that coaches may chalk up to inexperience, but overall they’ve played with the composure of veterans.

LaChance, who leads Vandy in minutes played per game at 33 and is second on the team in scoring (13.3 ppg, No. 1 among all freshmen in the SEC), said it’s the few Commodores vets that have had a major hand in that coolness on the court.

“Especially when I first got here in the summer, it was an adjustment to the speed and physicality—and just living away from home,” LaChance, who today was named SEC Freshman of the Week for the second time already this season. “They just helped me with stick with it. Everything those guys do—James, [senior] Shelby [Moats] and [redshirt senior] Josh [Henderson]—they’re always trying to look out for us. They’ve made it evident that you’ll have bad days, bad practices and bad games but your teammates will always pick you up. So you have to keep on plugging away.”

After a rough personal outing in which he only scored two points on 1-of-7 shooting during a 66-63 loss to Baylor on December 4, LaChance responded with back-to-back 26-point games in wins over Purdue and Western Carolina.

On New Year’s Eve, the combo guard scored a game-high 19 points (7-of-9, 3 threes), grabbed seven boards and handed out four assists in a 70-55 road win at Saint Louis.

Baldwin and Mitchell are both leaders in assist-to-turnover ratio among freshmen in the NCAA, with Mitchell averaging 5.0 dimes per game and Baldwin averaging 4.4. Roberson averages the least points of the freshmen, but still plays close to 20 minutes a game because of his ability to guard the wing.

Following a 2012 SEC Tournament championship and its fifth NCAA tournament appearance in six seasons, Vanderbilt has undergone losing seasons the last two years, as well as plenty of roster turnover, which enabled this year’s five true freshmen to seize the opportunity of making their imprint from the get-go.

The SEC got only three teams into the dance last year—Kentucky, Florida and Tennessee—while seven conferences sent at least four teams apiece. The time comes Tuesday for Vanderbilt to begin its challenging path towards returning to the top of the SEC.

After Auburn, road games at Arkansas and Mississippi State sandwich a home game with Georgia before a Big Blue test on January 20th at Rupp Arena.

The 10-3 start is nice, but doesn’t serve as affirmation for the Commodores. LaChance says the ‘Dores have been working towards restoring the magic in Memorial Gymnasium this season, and will be doing so their remaining years in Nashville.

“I don’t think anything has changed in our minds,” he says. “We’ve been confident in ourselves since day one in the summer. We’ve all worked extremely hard since we all got here. We were confident then, and I think we’re still just as confident now. As a whole, we’re just trying to get this program back to where it’s been. We want to get back to where we know we can be, and that’s at the top of the SEC and in the NCAA Tournament.”

The Commodores have plenty to prove on the court before they get there, but their journey will be worth watching. 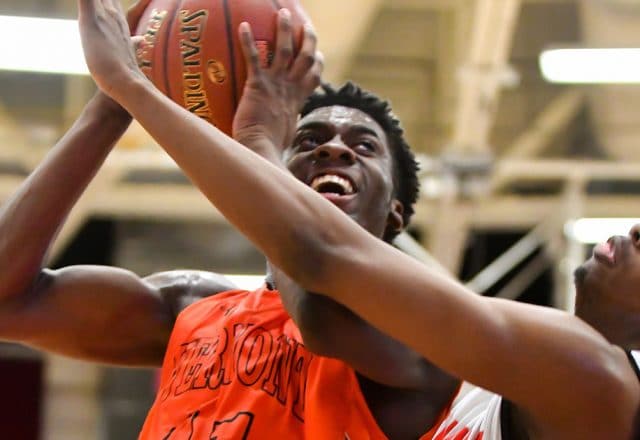 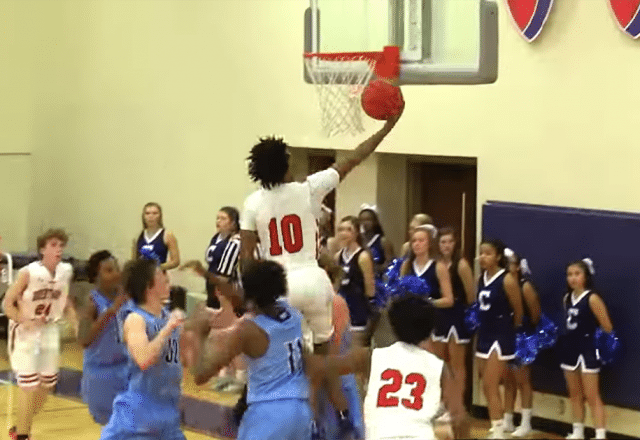 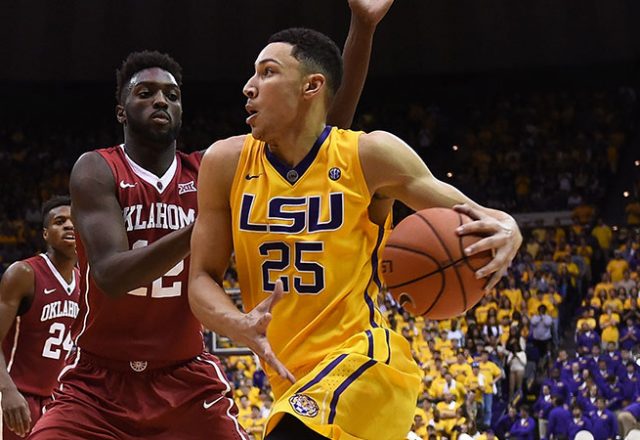 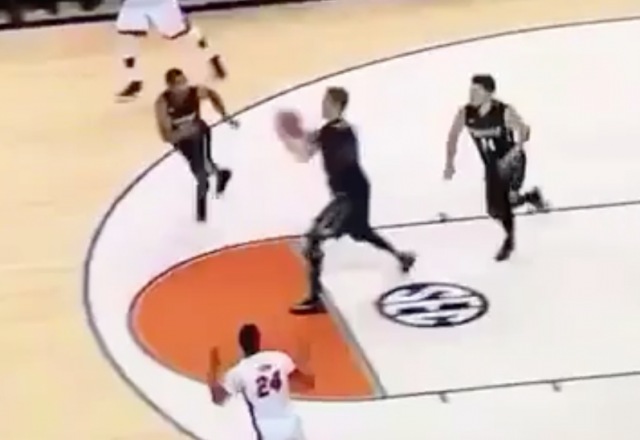 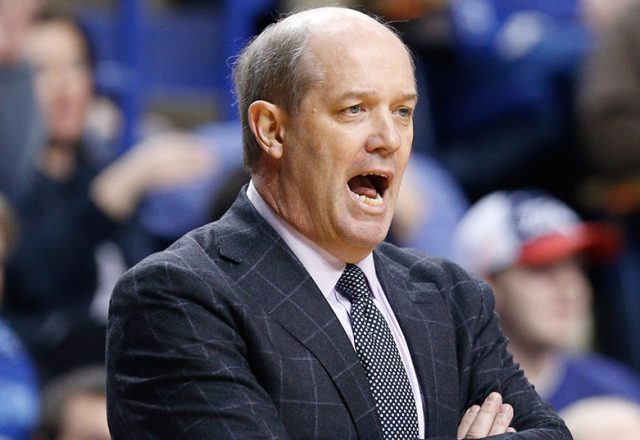