We spoke with the former Villanova All-American guard about his career overseas. 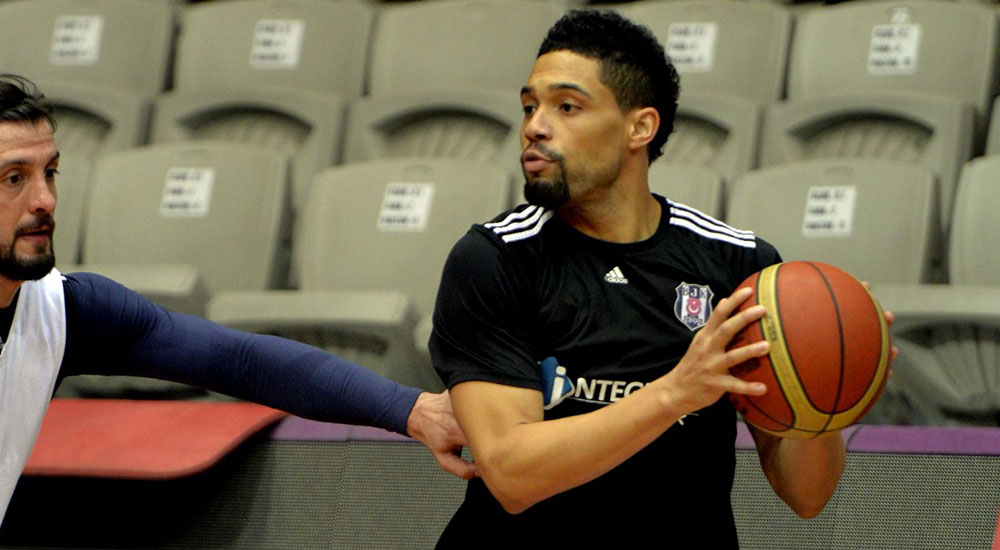 Scottie Reynolds has always been one to keep a low profile. Despite being the face of Villanova basketball from 2006 to 2010, the former AP First-Team All-American prefers to be devoid of attention. He’s currently not using any social sites and has been somewhat of a mystery since his playing days at Villanova ended five years ago.

According to Reynolds, it’s just his way of doing things, and with a resume like his, who are we to challenge it? We were able to catch up with the Herndon, VA, native to discuss his reasoning for privacy, his current playing career and the NBA.

SLAM: It’s been a while man, you’ve flown under the radar for the better part of five years. How have you been?

Scottie Reynolds: Yeah, I kind of stay to myself for the most part. I don’t really do the whole social media thing; and I feel bad sometimes when I see people speaking and asking about me on Twitter, but it’s just my way of doing things. Besides that I’ve been well, been overseas having a successful career. I’m back in Italy now with my former team Enel Brindisi. Looking forward to getting back there and continuing my career.

SLAM: Congratulations on the new deal, that’s major. In regards to you being a private type of person, has it always been that way?

SR: Thanks man. That actually started some time in college. I’m not really sure exactly when it was, but it was getting close to the postseason that year and I decided to put my phone away until it was over. I can’t sit here and say I did that every year, but this particular year once I did that I felt relieved of certain pressures as far answering people. Even though people like your family and friends have your best interest at heart; it was best to just get away from all of that to put my focus on my teammates and the one voice that really mattered at the time, which was Coach [Jay] Wright. So, in order to keep a clear head and keep what is real in perspective, I find that it’s just best for me to not have social media at all.

SLAM: This is your second stint with Enel Brindisi right?

SR: Yeah, I was there three seasons ago.

SLAM: What made you want to resign with them?

SR: Well, when I was first presented with the opportunity, I immediately shut it down which isn’t like me. After taking a second look though, I realized I had a great year last time I played there, the same coach and president are still there, and we’re also competing in the EuroCup this year, so we’ll be playing two games a week now which is big. Aside from that, the weather there is great; it rarely gets below 50 degrees, the city I’m in is on the hills, there’s beaches and water, and the fans are amazing. I probably could have gotten more money somewhere else, but this year I want to have fun, be a playmaker and showcase all of my talents.

SLAM: You mentioned being a playmaker, which is funny because we’ve all known you to be a big-time scorer from your days at ‘Nova. How much of an adjustment has it been transitioning into that role as a pro?

SR: It’s been a huge work in progress the last two years, because I’ve been trying to find a way to balance out the two. The European game is so different, so you have to have an open mind and adjust to it. In each place that I’ve been, I’ve been asked to play differently. For instance, when I was in Turkey I was asked to score more because I was playing next to Corey Fisher and I was off the ball a lot. Then, the following year I was playing in Italy and I was second in the league in assists behind a guy you might know by the name of Mike Green, averaging 6 assists a game. That was big because overseas, assists are calculated differently.

SR: Assists only count if the scoring player doesn’t take any dribbles; so 6 or 7 assists in Europe equals out to maybe 12 or 14 in the States, so it’s a lot harder. So in all, like I said you just have to be open-minded and be able to adjust to what the team wants from you.

SLAM: What are some of the main differences you’ve noticed in the style of play internationally vs in the States?

SR: It’s lot more about team ball overseas. It really overrules everything, so you’ll see a lot of ball movement, extra passes and drive and kicks, and not a lot of isolation. You also gotta be smart and be able to understand angles more over there, as well as being efficient which is key. The game is called a lot differently man, and it takes a lot of time to get adjusted to it. You have to be mentally tough and fight through it, because not only is your job on the line, but your image is on the line too. You don’t want to get cut because you couldn’t adjust and now you have to keep explaining to the next team why you got cut. Once that becomes your reputation it’s hard to reverse it.

SLAM: Many including myself, were surprised no NBA teams took a shot on you on Draft night. Is making an NBA roster still something you still aspire to achieve?

SR: I remember the night of the Draft and to be honest I didn’t even watch it. I hooped at the high school with a few of my homies that night. Once I got back to the crib it was getting to be toward the end of the second round and at that point, I knew it was a possibility it wasn’t ‘gon happen. Right after, I got a bunch of calls to come to summer leagues and training camps but none of that mattered to me at that time. I just wanted to have that moment with my family, but I was able to move on from it. As far as now, I have a 4-year-old daughter now and once you have a little one, your life changes. All I want now is the respect from the people that I played with and played against no matter what league they played in. I feel like the respect goes a lot further than the money and all of that other stuff.

SLAM: How much longer can you see yourself playing?

SR: [Laughs] Maaannn I ask myself that every year. Eddie Royal from the Chicago Bears is one of my best friends and workout partner in the offseason. We talk about that all the time. But I’ll say if I can make it to 35? Wow, that’ll be great. 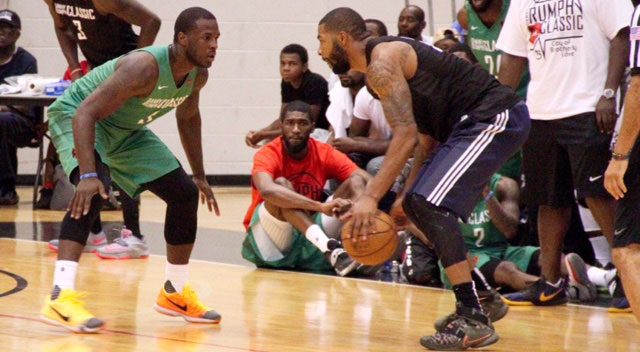 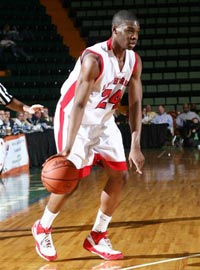 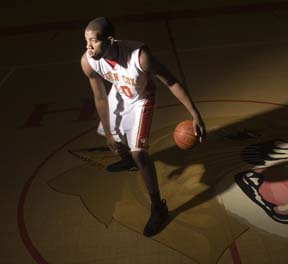