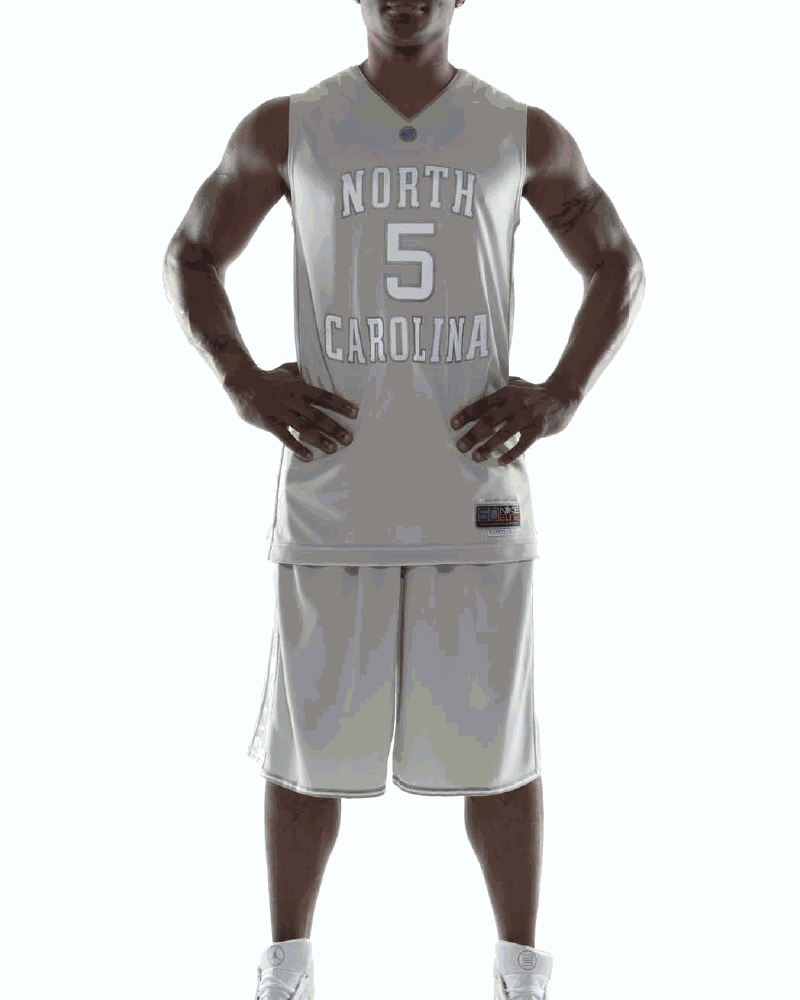 Back when the Air Jordan line was in its infancy, 2010 felt like it was a million years away. Visions of the future were all about space, robots and for some reason, people in silver suits.

Twenty-five years later, Jordan Brand is a goliath in the sneaker world. Timing, whether it’s been in the introduction of key designers or the development of industry changing sneakers in sync with the ebb and flow of MJ’s career, has always been on the brand’s side. So of course, 2010 should be no different.

Over the course of this week, the three JB-sponsored college teams (Cal, Georgetown and North Carolina) will all take turns wearing what in 1985 would have been some very futuristic-looking silver uniforms along with silver Air Jordan 2010s. The outfits, of course, commemorate Jordan Brand’s silver anniversary.

UNC wore their unis on Wednesday night in their 77-67 loss to Florida State. Cal will go head-to-toe in silver on Thursday night when they play Arizona and the Hoyas will be in silver on Saturday when they face Notre Dame. Hopefully the jerseys and sneaks treat Cal and Georgetown better than they did the Tar Heels.

A little extra info, if you didn’t have it already, on some upcoming Jordan 2010 releases:

All versions will retail for $170 US and there’s no word yet on if the silver shoes will hit retail.

Images of the silver unis and the sneaks are below.