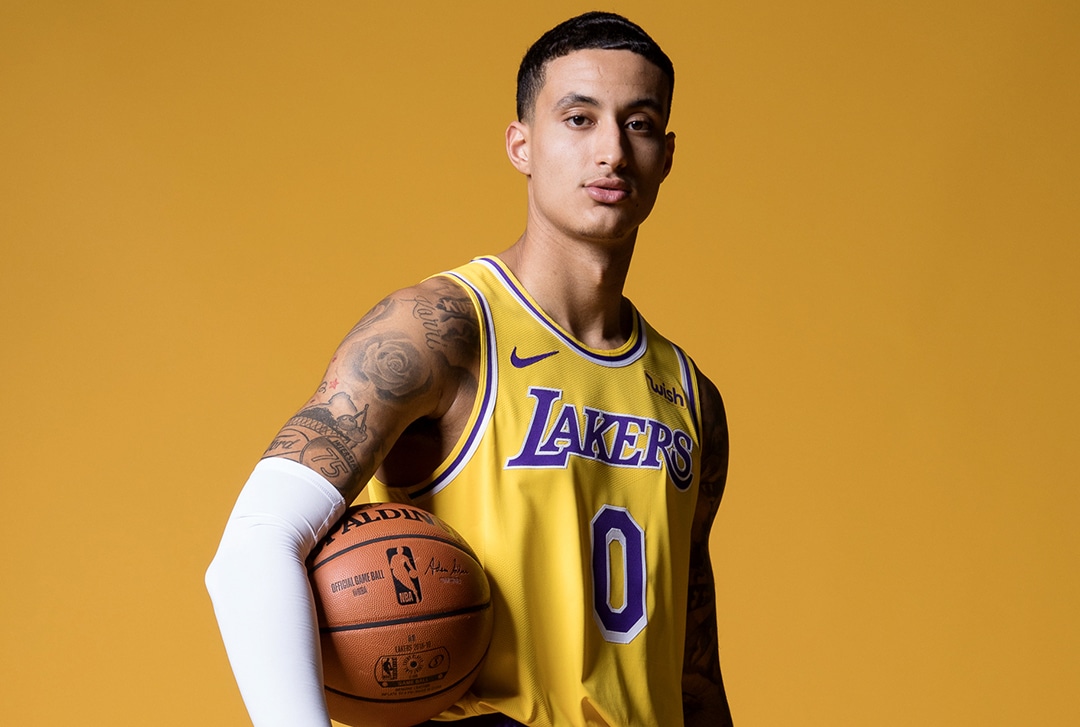 Kyle Kuzma has become the first player to sign with a sneaker reselling app. The Lakers forward is now the GOAT App’s first NBA Brand Ambassador.

Kuz got the keys now. He's signed a deal with @goat, giving him access to a stable of rare sneakers. Coming for the Crown.

“GOAT has inspired me to start collecting more seriously and build my style around sneakers,” Kuzma said via press release. “People assume that, as an NBA athlete, you can get access to any kind of sneaker you want. When in reality, it’s hard to get the exclusive releases or shoes from the past, and feel confident they’re authentic. GOAT gives me a second chance at not only the limited releases I missed, but also the shoes I wasn’t able to afford growing up.”

Kuzma, a native of Flint, MI, is a Nike athlete. He wore mostly Kobe Bryant silhouettes throughout his rookie season. He’s been seen in LeBron James‘ kicks throughout preseason practices, as well. A few weeks back he teased that somebody “gave [him] the keys,” referencing that he was going to have major sneaker heat for the 2018-19 campaign. The League has removed all restrictions on players’ sneakers matching their uniforms, opening the floodgates for outrageous sneakers.

In addition to playing in sneakers from the GOAT App, Kuzma will also be provided with exclusive joints for off the court, most notably for the tunnel that he walks through before games. (Shout out to LeagueFits.)

Kuzma’s first game of the season is tomorrow night in Portland at 10:30 EST.

The path has been laid down. Kuz is following in the footsteps of greatness.