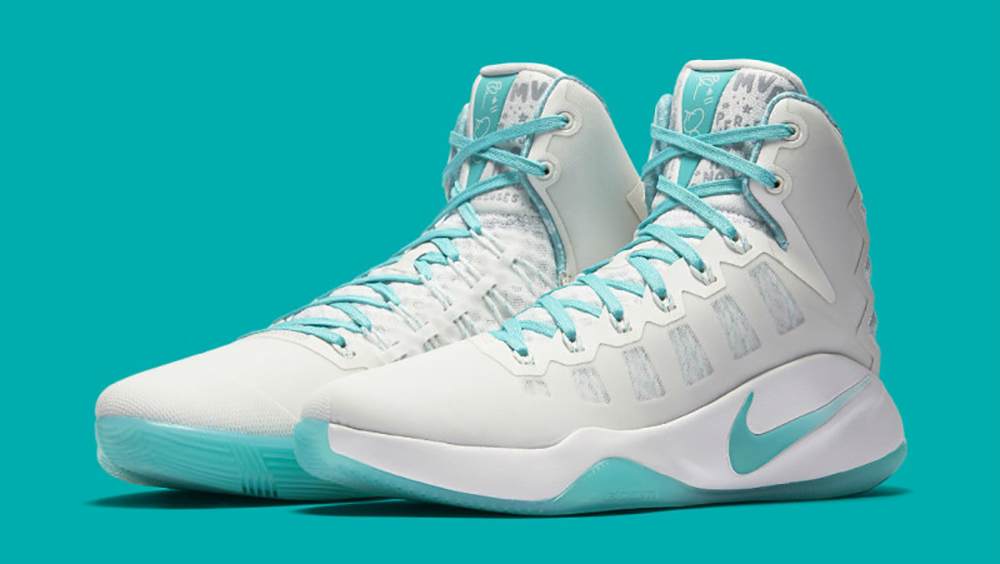 Elena Delle Donne won the 2015 WNBA MVP and an Olympic Gold Medal in 2016. She accomplished all that while wearing the Nike Hyperrev 2015.

EDD’s become one of the Swoosh’s top endorsers. Dating all the way back to her time at the University of Delaware, she’s rocked Nike for her whole career.

Nike is now rewarding the 27-year-old with her own Hyperdunk colorway. Made up of hyper jade and white, the sneakers also feature an outline of her home state and the phrases “Path Less Traveled” and “No Excuses.” The final touch comes on the sockliner, where Nike included a replica of Elena’s tattoo, which is a tribute to her older sister, Lizzie.

There’s no official release date or price for these yet, but an end-of-year drop is expected. Keep it locked for more info as it becomes available.